Take a closer look at the latest stats and facts in our match preview ahead of Town's Emirates FA Cup fixture with Southampton.

Shrewsbury Town Football Club has once again earned a high-profile Emirates FA Cup tie with the Shrews being drawn against Premier League outfit Southampton. However, despite the gap in league position, Town will enter the fixture looking to cause an upset against the home side.

The Saints are enjoying a solid season in the Premer League and currently sit in eighth position with 29 points on the board. However, recent form for Ralph Hasenhüttl's men has seen the Saints achieve one win, two draws and two losses in league competition.

The Town defence will have a tough night at St. Mary's as Salop take on the task of preventing a number of senior professionals and full internationals from netting against the Shrews.

Motivation will be high for Steve Cotterill's team, as a shock victory over the favourites earns a glamorous home tie with Arsenal at home in the fourth round of the competition.

Ralph Hasenhüttl arrived at Southampton in December 2018, taking over as First Team Manager, and bringing with him a burgeoning reputation crafted in Germany.

Born in Graz, Austria, in August 1967, Hasenhüttl enjoyed a successful career as a centre-forward, making more than 400 league appearances and earning eight caps for his country.

It was as a coach where he really began to build his name. Hasenhüttl began from the bottom rung in Germany, with Unterhaching, a 3.Bundesliga outfit.

His next opportunity would come at another third-tier outfit in Germany, VfR Aalen, and it was here where Hasenhüttl really began to come to prominence.

Taking over in January 2011, he helped steer the side to safety from a precarious league position, before building a team that went on to win promotion to 2.Bundesliga in the 2011/12 campaign.

His next destination would be FC Ingolstadt, another club in Germany’s second division, where he would enjoy an incredibly successful spell lasting just under three years.

The summer of 2016 would then mark the moment that Hasenhüttl went to the next level in his managerial career, as he was appointed boss of newly-promoted Bundesliga side RB Leipzig.

Guildford-born McCarthy came through the ranks at Reading’s academy where he eventually earned first team football following numerous spells out on loan.

Although often away from his parent club after turning professional, McCarthy was highly regarded by the Royals’ hierarchy and was initially called up to represent England Under-21s in 2009 before making his first appearance at that level a year later. He made his football league debut as a 19-year-old with Aldershot Town and completed the 2008/09 season at Brentford.

On 1 August 2016, he joined Southampton on a three-year contract, for an undisclosed fee. McCarthy was initially used as a back-up to the regular keeper, Fraser Forster, but on 30 December 2017 he took over from the latter, following the regular goalkeeper's drop in form.

The shot-stopper is an England international having made his debut for the Three Lions in 2018 against the United States. 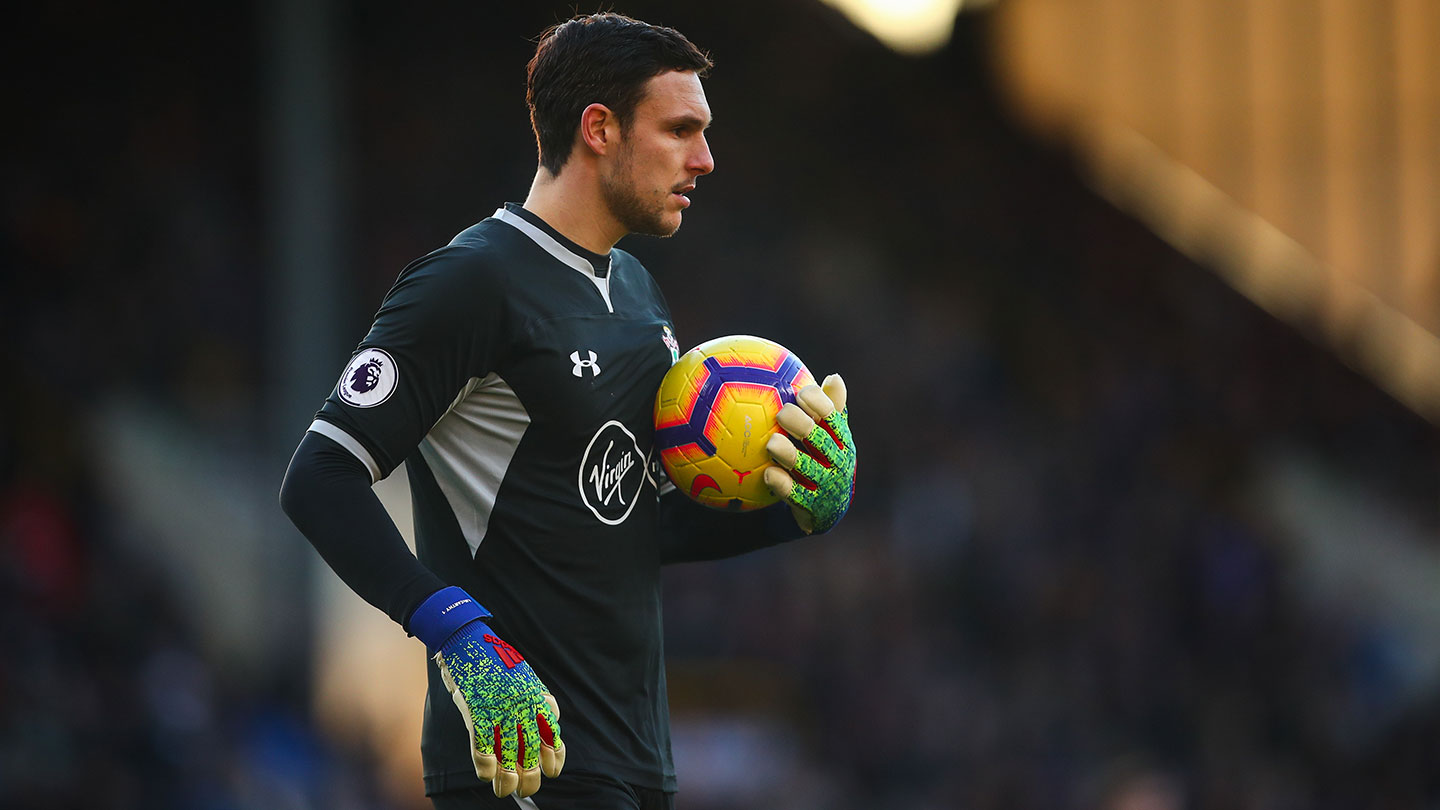 Born in Słupca in April 1996, young Polish centre-back Bednarek spent the entirety of his career before joining Saints at Ekstraklasa side Lech Poznań, having broken through their academy ranks. He made his first-team debut in 2013 at the age of 17, in a game Poznań won 2-0 against Piast Gliwice.

Bednarek signed for Southampton in July 2017, moving to the south coast on a five-year deal.

He made his debut in a home League Cup meeting with Wolves the following month, although had to wait until April 2018 for his first Premier League appearance, with Bednarek marking that moment with a goal in a 3-2 defeat to Chelsea, at St Mary's.

A product of the Saints Academy, midfielder Ward-Prowse was crowned as the Club's Scholar of the Season at the end of a superb 2012/13 season on and off the field.

Ward-Prowse has been with the Club since the age of eight, featuring in every game for the Under-18s in 2010/11 before becoming a full-time scholar with the Club in the summer of 2011. After breaking into the Club's Under-21 side, he made his first full senior appearance for aged 16 in a Carling Cup clash at Crystal Palace in October 2011.

With the imminent departure of captain Pierre-Emile Hojbjerg, Ward-Prowse was made club captain towards the end of the 2019/20 season and was also rewarded with a five year contract which runs until 2025.

The accolades for a great season didn't end there, as he was called up by manager Gareth Southgate into the England squad and started in the 1-0 win against Iceland in the UEFA Nations League. 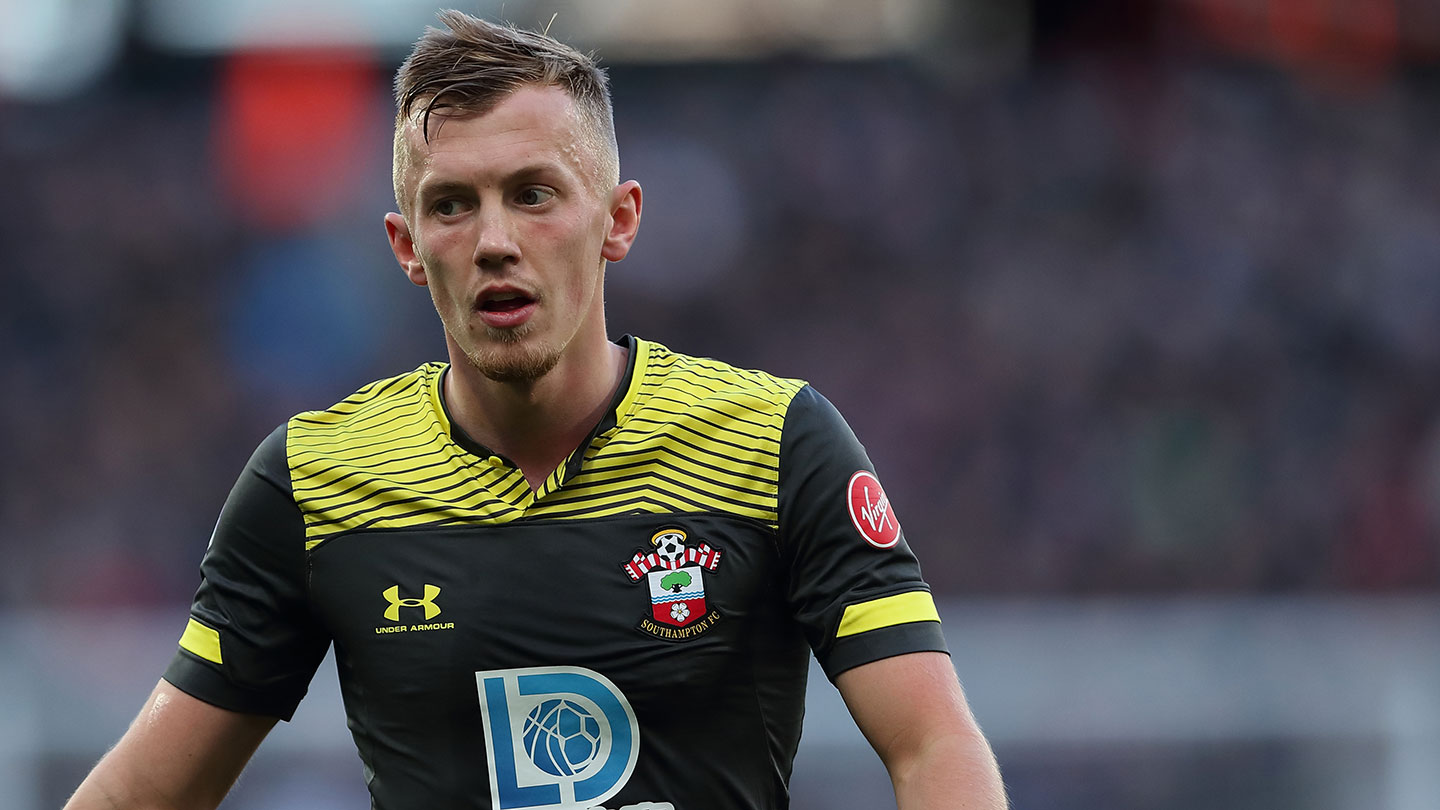 Born in July 1992, Danny Ings grew up in the Hampshire village of Netley, and was a boyhood fan of Southampton. However, it was further along the south coast, with Bournemouth, where he got his first big break, impressing as a teenager and earning a place in their academy.

After struggling for playing time in the 2017–18 season at Liverpool, due to the form of attackers Roberto Firmino, Mohamed Salah, and Sadio Mané, Ings requested a move away from Liverpool in the summer of 2018.

Ings was a popular figure in the dressing room and Jurgen Klopp was reluctant to let him leave in spite of his limited appearances in the previous season. Ings joined Premier League club Southampton on 9 August 2018 on an initial loan until the end of the season, which would become permanent on 1 July 2019. 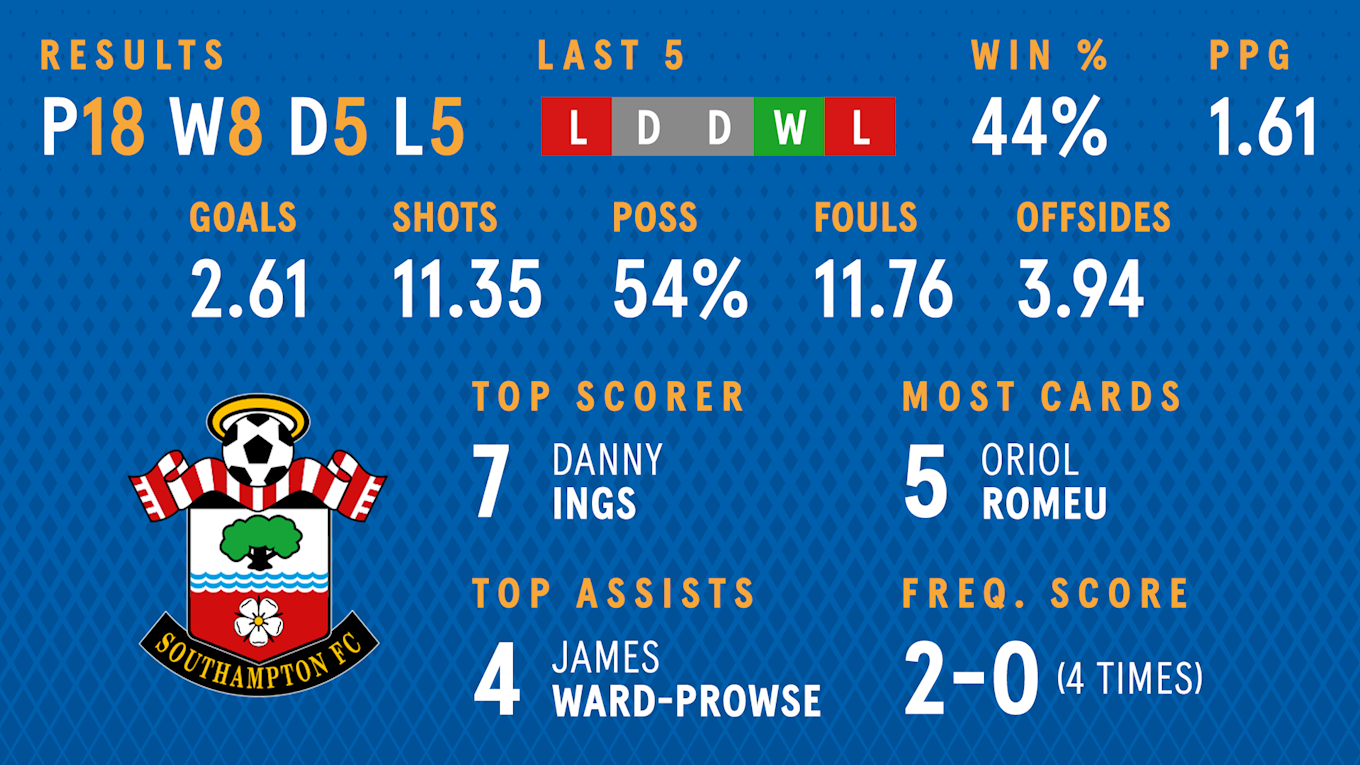