Harry Chapman was the man in the spotlight as his two goals backed up Town's dominant performance against strong opposition.

The game started with both sides looking to get on the front foot. Peterborough thought they had got in behind with Sirirki Dembele who forced a save out of Matija Sarkic but it was ultimately ruled offside and the play was bought back.

Town nearly took the lead through Harry Chapman who was making his home debut. He produced a smart turn in midfield and drove forward his shot was then deflected and struck the post with the rebound finding the hands of the visitor’s keeper.

With half-an-hour played, it was Salop again on the front foot. The ball was worked inside to Josh Vela who let fly from 25 yards out. The strike had Christy Pym in the Peterborough goal scrambling to his right only to see it fly past the post.

Harry Chapman was the man to break the deadlock, he was the liveliest man on the pitch in the first half and he got his rewards in the second as he stroked the ball well into the corner of the net from the edge of the box to give Town the lead.

The Shrews looked to double their lead shortly after, they broke forward on the counter-attack with Whalley who did well to get too the by-line and pull the ball back but there was no one in the area to capitalise on the chance.

Nathanael Ogbeta looked to have caught Pym off guard when his miscued cross angled goalward and had to be tipped over the bar for a corner, nearly a debut goal from the wingback and his first in senior football.

With 60 minutes gone Shaun Whalley nearly pulled something special out the hat when he latched onto a long ball forward, the frontman spotted the keeper of his line and looped a half volley towards the top corner only for it to be heroically tipped over.

Peterborough, despite being behind struggled to get a foothold in the game, they played the ball down the left-hand side and managed to get a cross into the area, second half substitute Idris Kanu was the only man in the middle to make contact with the ball but it was an easy save for Sarkic.

Mo Eisa then struck a decent free kick over the wall for United with 15 minutes left to play but it was once again comfortable for Sarkic in the Town goal.

Things only got better for Harry Chapman when he once again drove at the posh backline turning the centre back inside then out before firing low and hard to beat the keeper and give Salop a two-goal cushion.

There was no way back for the away side as Shrewsbury saw the game out comfortably and continue their march up the table still with games in hand over teams above them.

Donald Love was the first player booked during the fixture. The defender was late in trying to tackle Siriki Dembele and caught the forward's ankle shortly before half time.

Nathan Thompson was shown a yellow card in the 52nd minute for a foul on Dan Udoh in the middle of the park. 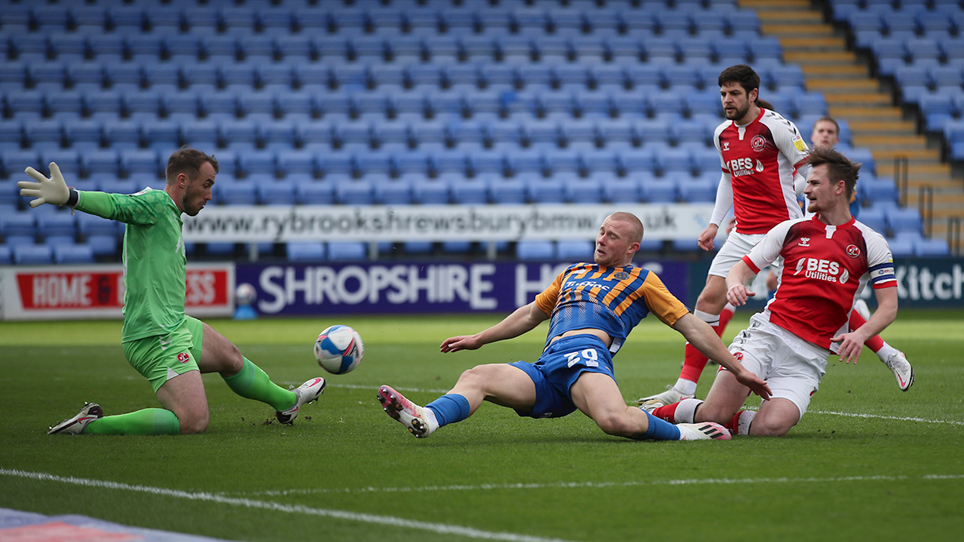 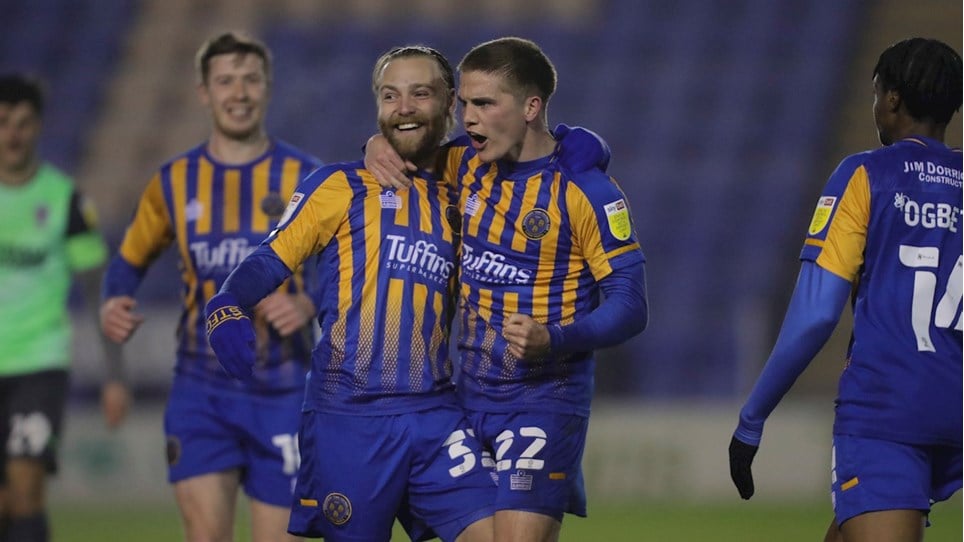 
Points are shared as Harry Chapman’s first half wonder-strike is cancelled out by a late Wimbledon equaliser. 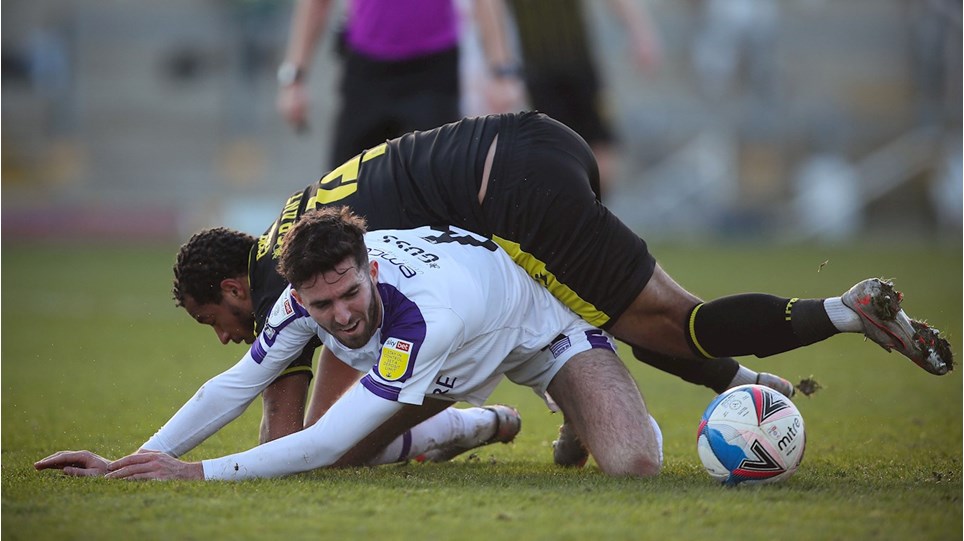 
Town's afternoon in Bristol ends in defeat against Bristol Rovers. 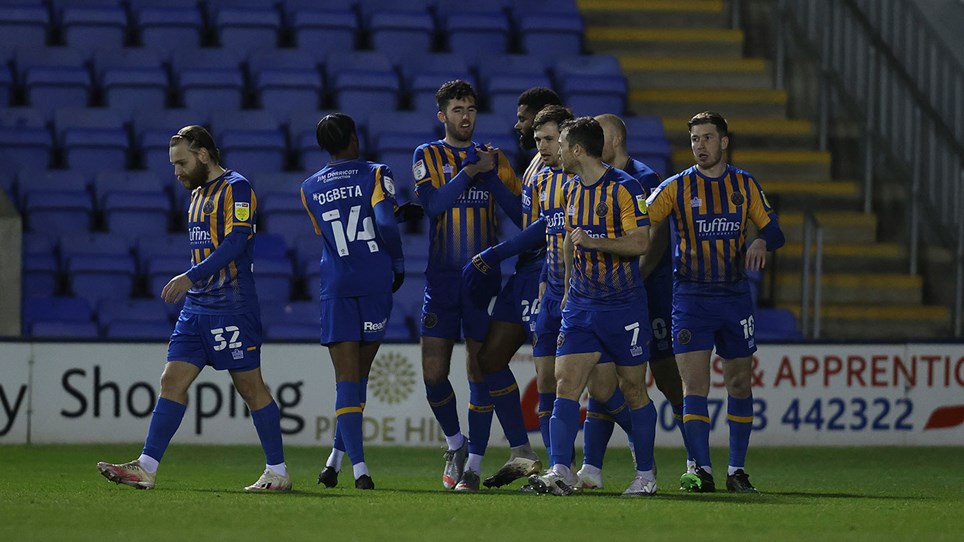 
Shrewsbury Town secure all three points with a 4-2 win over MK Dons.