Shaun Whalley's performances over the month of December have secured the forward the Montgomery Waters Player of the Month for December as voted for by the Salop faithful.

The last month of 2020 started in a positive light for the Shrews as Town secured a point at home against Accrington Stanley in Steve Cotterill's first league fixture in charge. Shaun stepped up for Salop - scoring a fine free-kick to help Town secure a point late on. 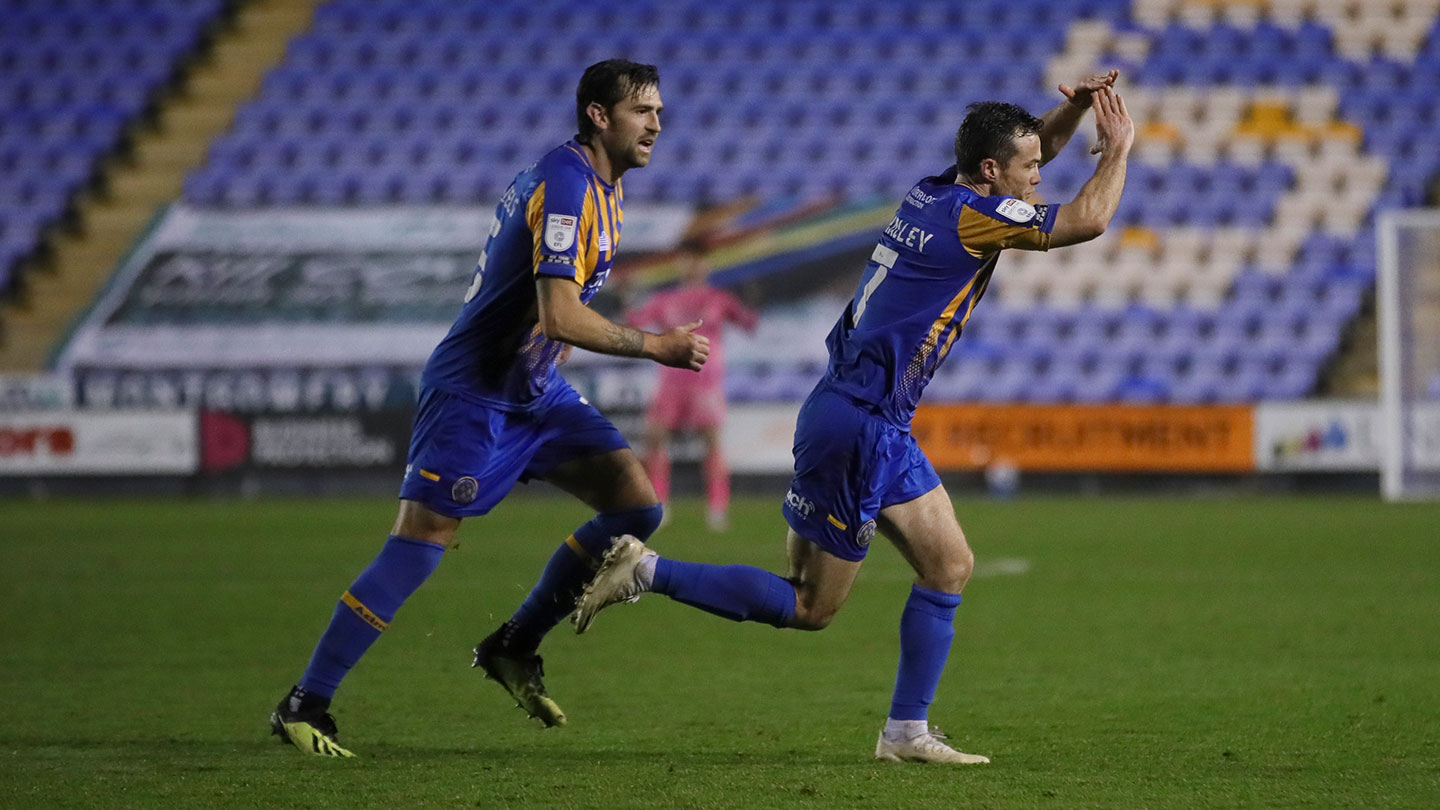 Just under two weeks later, individual brilliance from the winger earned the Shrews a shock victory over league high-flyers Lincoln City at Sincil Bank. Dan Udoh latched onto a miss-placed pass and managed to find Shaun near the Imps box. The forward beat his man and slotted the ball into the bottom corner of the home side's net - a goal that secured a 1-0 win.

However, his form didn't stop there as the 33-year-old's purple patch continued. In the last away game of the month, Salop had their character tested when Steve Cotterill's men went 1-0 down to Wigan Athletic.

However, the hard work and determination from Shaun secured Town a goal and a valuable point on the road. Shaun got on the end of a smart pass from Jan Zamburek and proceeded to chop past his man to earn a yard of space inside the Latics box. The finish was clinical as the ball curled into the far side netting.

All at Shrewsbury Town would like to congratulate Shaun on his deserved accolade as voted for by the Salopian family!