Shrewsbury Town Football Club is delighted to announce that Charlie Caton has signed professional terms with the Club.

The striker has put pen to paper on a two-year deal at Montgomery Waters Meadow - extending his stay in Shropshire until at least 2023.

Joining Salop from Wrexham in 2019, Charlie has enjoyed a speedy rise through the Town youth ranks having trained with Steve Cotterill's first-team on a regular basis. 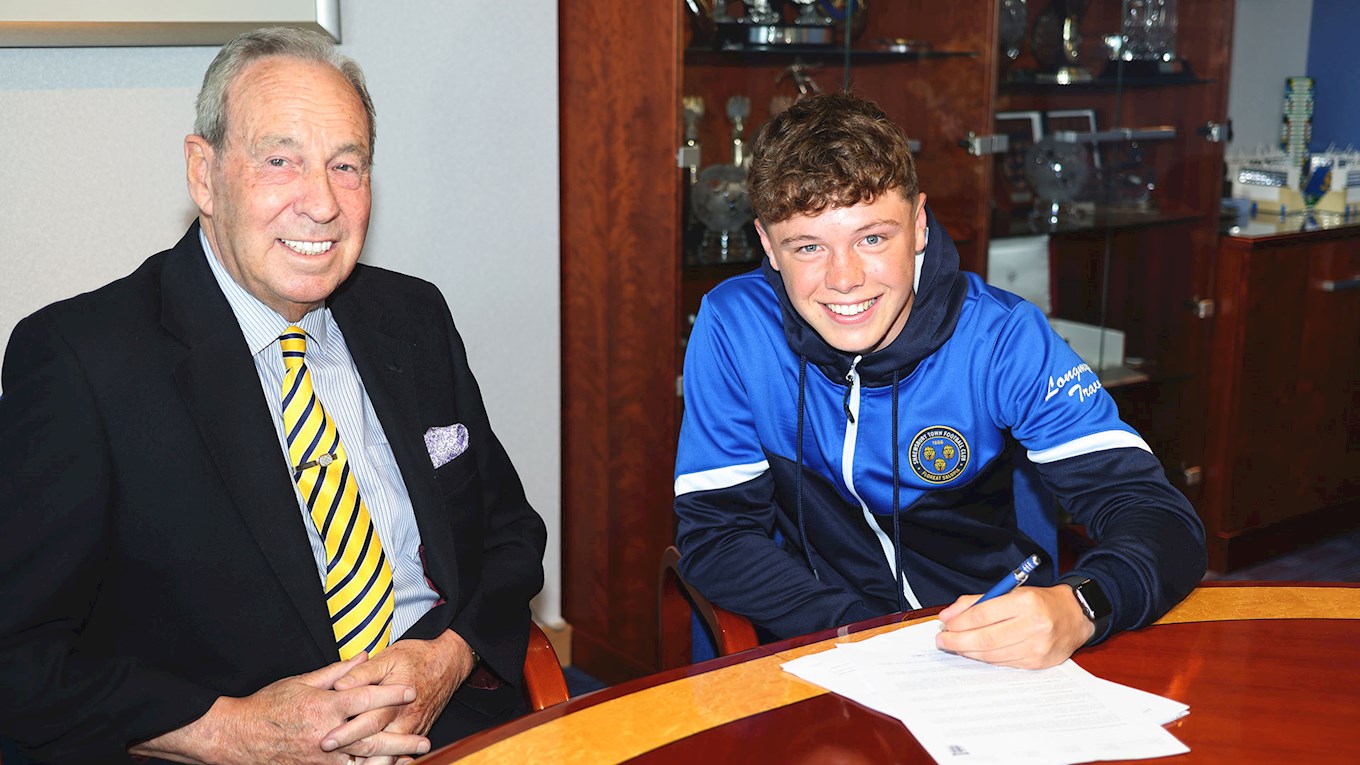 First-Team Coach, and Town Academy Director, David Longwell is pleased Charlie has signed with the Club and hopes to see the Town Academy graduate progresses during the 21/22 campaign.

"Charlie is a natural goal-scorer and he did well last year. He was involved with the first-team regularly and that has done him well. We are hoping he can kick on now. He needs to come in during pre-season and show the Manager what he's got to offer. He's a great lad and he's very respectful. We are now trying to push him because he's got so much more potential."