Slovakian-born shot-stopper joins the Salop family on a three-year deal.

Shrewsbury Town Football Club is delighted to confirm the arrival of Marko Maroši who joins the Club from Coventry City.

The Slovakian-born shot-stopper makes the move to Montgomery Waters Meadow on an undisclosed transfer and signs a three-year deal in Shropshire.

The 6'4" goalkeeper began his career with Barnoldswick Town but quickly attracted interest from the Football League. A move to Wigan Athletic swiftly followed after just one year in senior football. However, it was with Doncaster Rovers where Marko made his name.

After five positive years and 95 appearances for Rovers, the now 27-year-old made the move to the East Midlands - linking up with Coventry City. A successful spell ensued and saw Town's new man earn promotion to the Sky Bet Championship and a place in the 2019/20 PFA Team of the Season.

Town's Manager Steve Cotterill is delighted to have captured his man and is looking forward to working with the 'keeper in the coming season.

"Marko has been a goalkeeper I've wanted to sign the minute I knew we could get him from Coventry. It has been quite a long process getting to where we are, but we are delighted to have signed Marko. He will bring great attributes to the squad. He's a great footballer for a goalkeeper, an excellent shot-stopper and he's quick off the floor.

"We are delighted that he's signed permanently, and that's something I've wanted to do for a long time. We have been lucky with our loan keepers but having our own is fantastic. It has been hard work to get it done but these deals don't happen overnight. Now we've got Marko in the bag, we'll move on to the next." 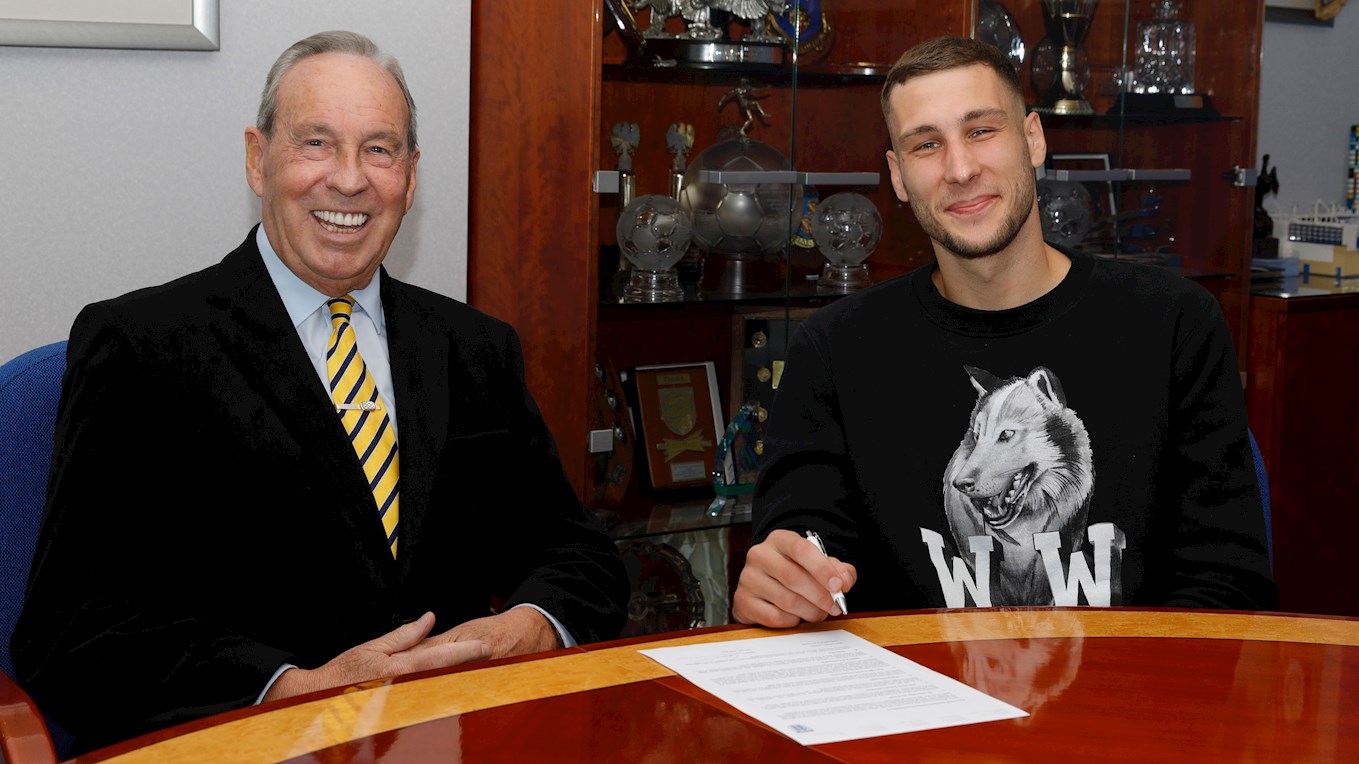