Shrewsbury Town Football Club is delighted to announce that Tom Bloxham has signed professional terms with the Club.

The forward has put pen to paper on two-year a deal at Montgomery Waters Meadow - extending his stay in Shropshire until at least 2023.

Highly rated by the Salop coaching staff, Tom made his Salop league debut under Steve Cotterill in the 20/21 season - coming on as a substitute in the 78th minute against Lincoln City.

The tall and powerful striker went on to make two further starts and one additional substitute appearance for Town before the conclusion of the Sky Bet League One season. 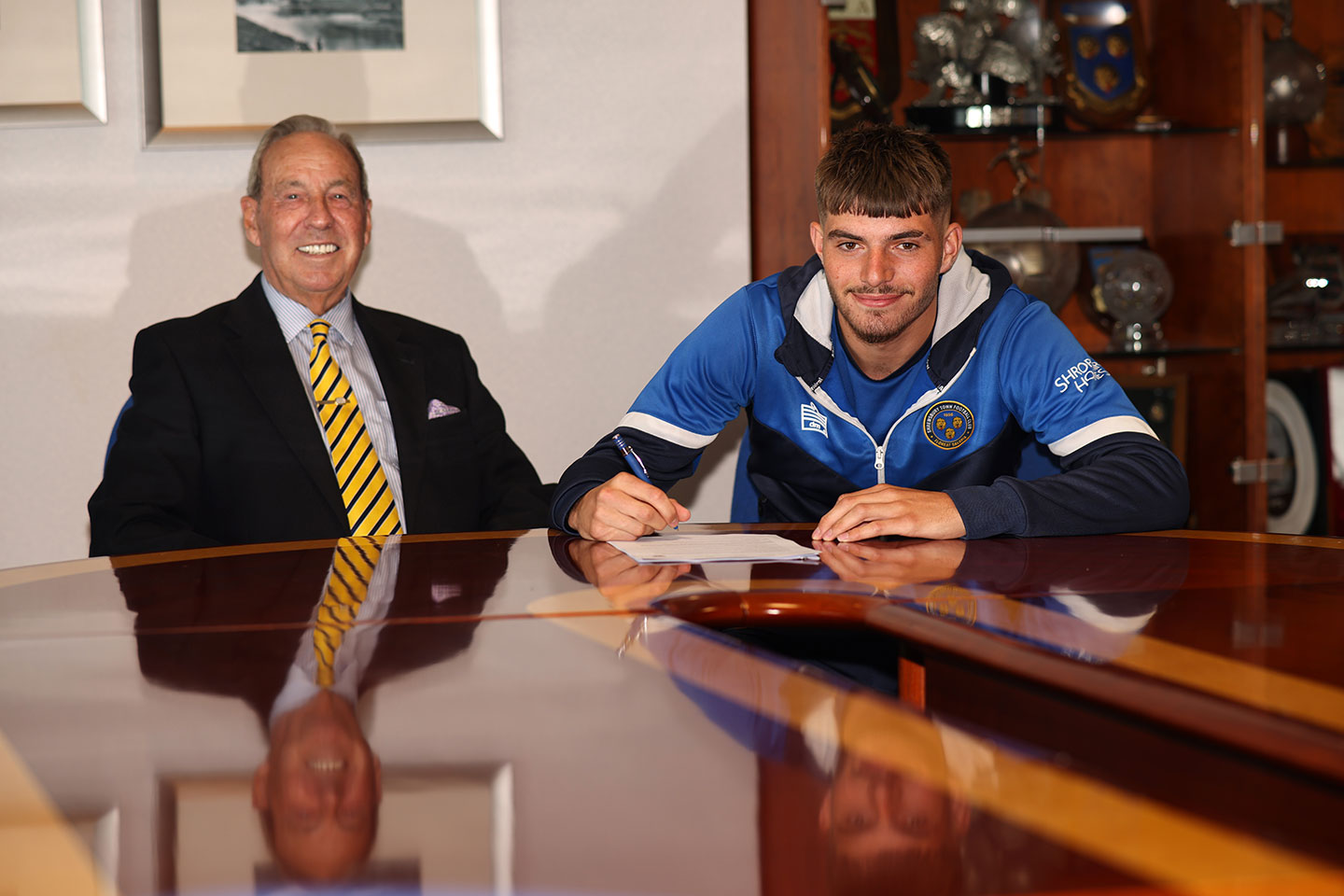 First-Team Coach, and Academy Director, David Longwell is pleased Tom has signed with the Club and is looking forward to seeing how the young striker develops.

"Our Academy Head of Recruitment, Gary Wharton identified Tom and he came in around two years ago," said David. "You can see Tom's attributes with his size and strength. He's athletic and he's good technically. He's only 17, so he has a lot of work ahead of him but we are definitely happy with the path of his development.

"Part of our structure is bringing scholars who are doing well up to train with the first-team. That has really helped Tom working with those boys. Because we train with a certain intensity, Tom has been able to make that transition a little bit easier."