Take a closer look at the latest stats and facts in our match preview ahead of Town's Sky Bet League One clash with Portsmouth.

Portsmouth have endured a mixed bag of a season as they currently sit in eighth position in the Sky Bet Lague One table - below their standards of challenging for automatic promotion. Town face a difficult puzzle with the visit of Pompey as Danny Cowley recently took charge of the South-Coast outfit.

However, the away side has quality in depth with Marcus Harness, Ronan Curtis and John Marquis to rely on for goals. Marquis and Harness combined have been responsible for over 20 goals this season. With the departure of experienced League One manager Kenny Jackett, the away side will be looking to build and achieve success with the Cowley brothers at the helm.

Town's fortunes have continually taken a turn for the better since Steve Cotterill took over at Montgomery Waters Meadow. And the Shrews boss will be looking to guide his team to a fifth game unbeaten. Similar to previous successful runs orchestrated by the Gaffer.

On 19 March 2021, Cowley was appointed as head coach of Portsmouth on an initial contract until the end of the season. In his first game in charge at the club, Portsmouth would come from behind to beat Ipswich Town 2–1.

Cowley started his managerial career with Concord Rangers and Braintree Town before taking over at Lincoln City. Whilst in Lincolnshire, Cowley helped Lincoln become the first non-league club to reach the quarter-final of the FA Cup in over a century, knocking out Championship sides Ipswich Town and Brighton & Hove Albion. The 42-year-old also spent a brief unsuccessful time with Huddersfield Town.

The Cowley brothers have a strong reputation in the Football League, having guided Lincoln City to numerous successes. Their honours include: League Two: 2018–19, EFL Trophy: 2017–18, National League: 2016–17

MacGillivray arrived at Pompey in the summer of 2018 as a free transfer following on from his contract expiring at Montgomery Waters Meadow.

The Football League then came calling and he was snapped up by League One Walsall, where he acted as understudy to Richard O’Donnell for most of his first season. With first-team opportunities drying up at the Bescot Stadium, MacGillivray moved across to Shrewsbury in 2017.

The 6ft 2in keeper quickly established himself as Pompey’s number one following his arrival on the south coast, making 56 appearances in his first campaign at Fratton Park. 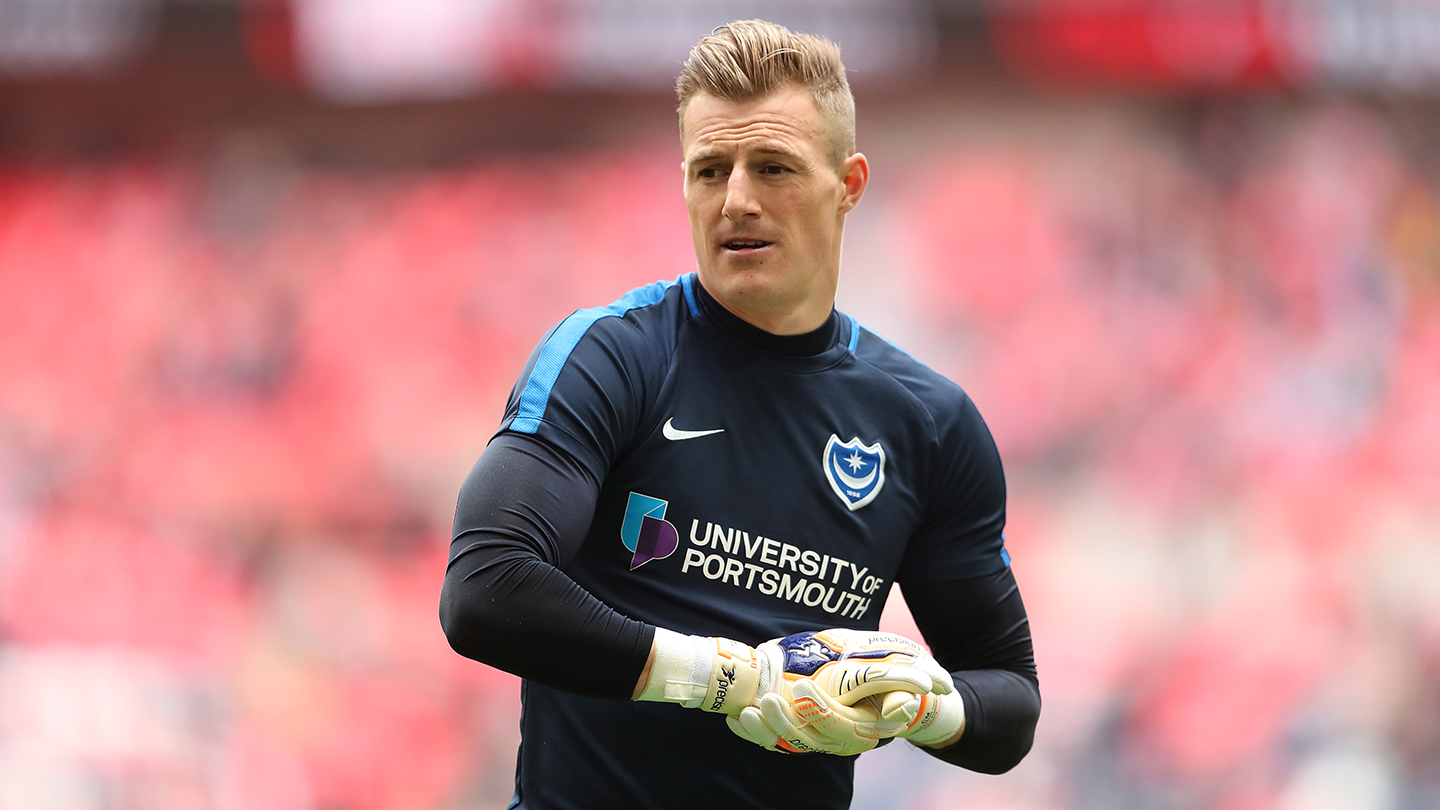 Defender James Bolton joined Pompey on a three-year deal ahead of the 2019/20 season following on from the expiration of his contract at Montgomery Waters Meadow.

Bolton began his senior career with Macclesfield and played for Halifax and Gateshead before joining Shrewsbury in 2017. He made a total of 85 appearances for the Salop and netted the winning goal in their League One victory at Fratton Park in January 2018.

Bolton will be fondly remembered by Town fans for his spectacular goal against stoke City in the Emirates FA Cup. A fixture that Town went on to win 2-3.

Harness switched from Burton Albion to the Blues ahead of the 2019/20 season.

Harness joined Burton from Coventry as a teenager and gained experience with several loan spells, most recently spending a season with Port Vale. He made a total of 83 appearances for the Brewers and scored a hat-trick in their 4-0 victory at Rochdale last term. Harness was part of the Burton side that were narrowly beaten by the Blues on home soil back in April.

So far this season, Harness is enjoying time in front of goal having netted on seven occasions for Pompey. The midfielder has also notched up seven yellow cards this season. 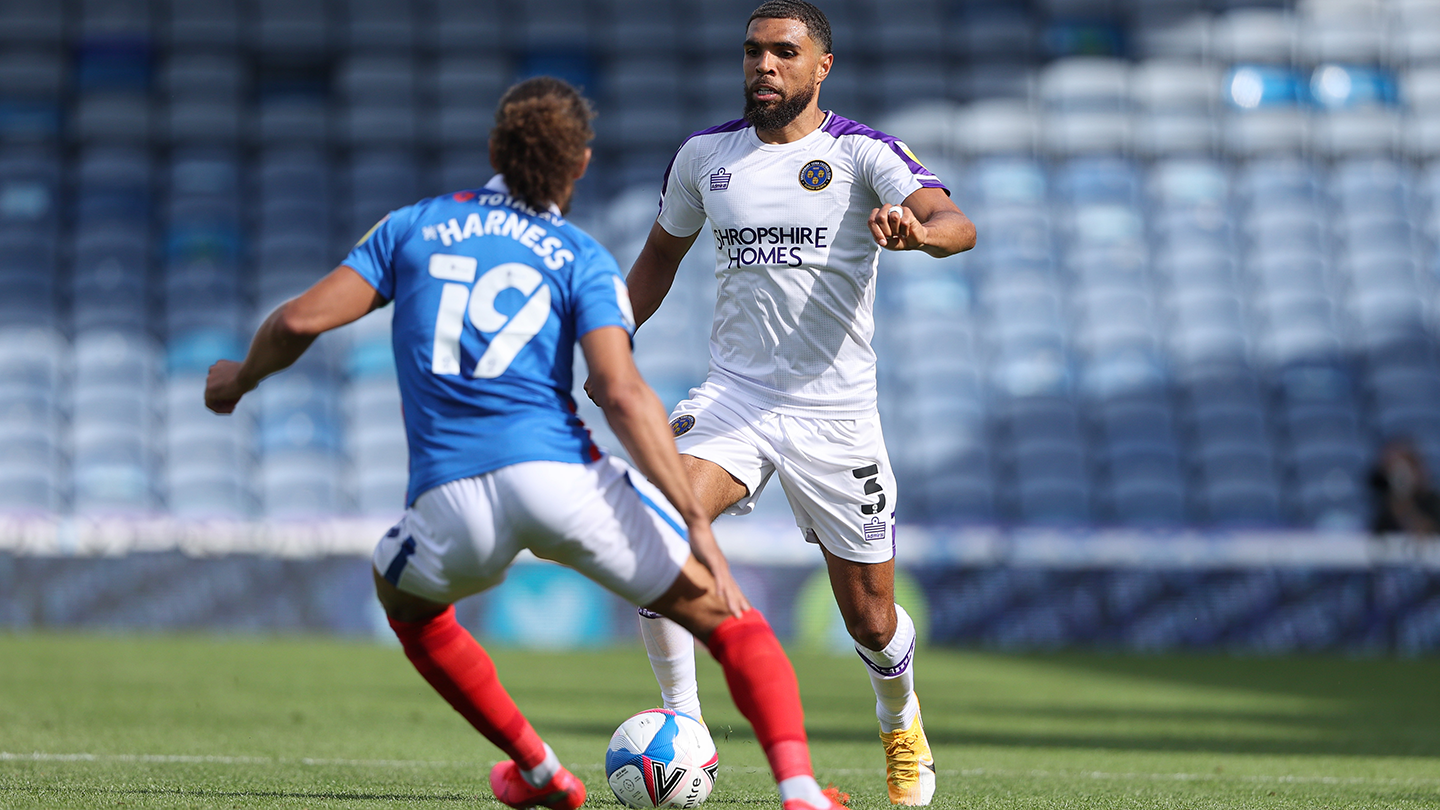 Striker Marquis joined the Blues from Doncaster Rovers ahead of the 2019/20 season.

The 27-year-old – who had a short loan spell at Fratton Park in 2013 – penned a three-year deal, with a club option for a further 12 months. Marquis began his career with Millwall and was handed his professional debut by Jackett at Bristol Rovers in 2009.

He had several stints out on loan, including a two-month stay at Pompey in the first half of the 2013/14 campaign. Marquis netted two goals in six appearances, grabbing a consolation in a 4-2 defeat at York and then scoring in an EFL Trophy win at Oxford.

He signed for Rovers in the summer of 2016 and struck 67 times in 153 appearances during three years in south Yorkshire. Twenty-six of those goals arrived last term, as Doncaster suffered a penalty shoot-out defeat to Charlton in the League One play-offs.

With 13 goals to his name this season, the forward will provide a stern test for any defence for Sky Bet League One defence. However, his selection is in contention due to being sidelined through an ankle injury. 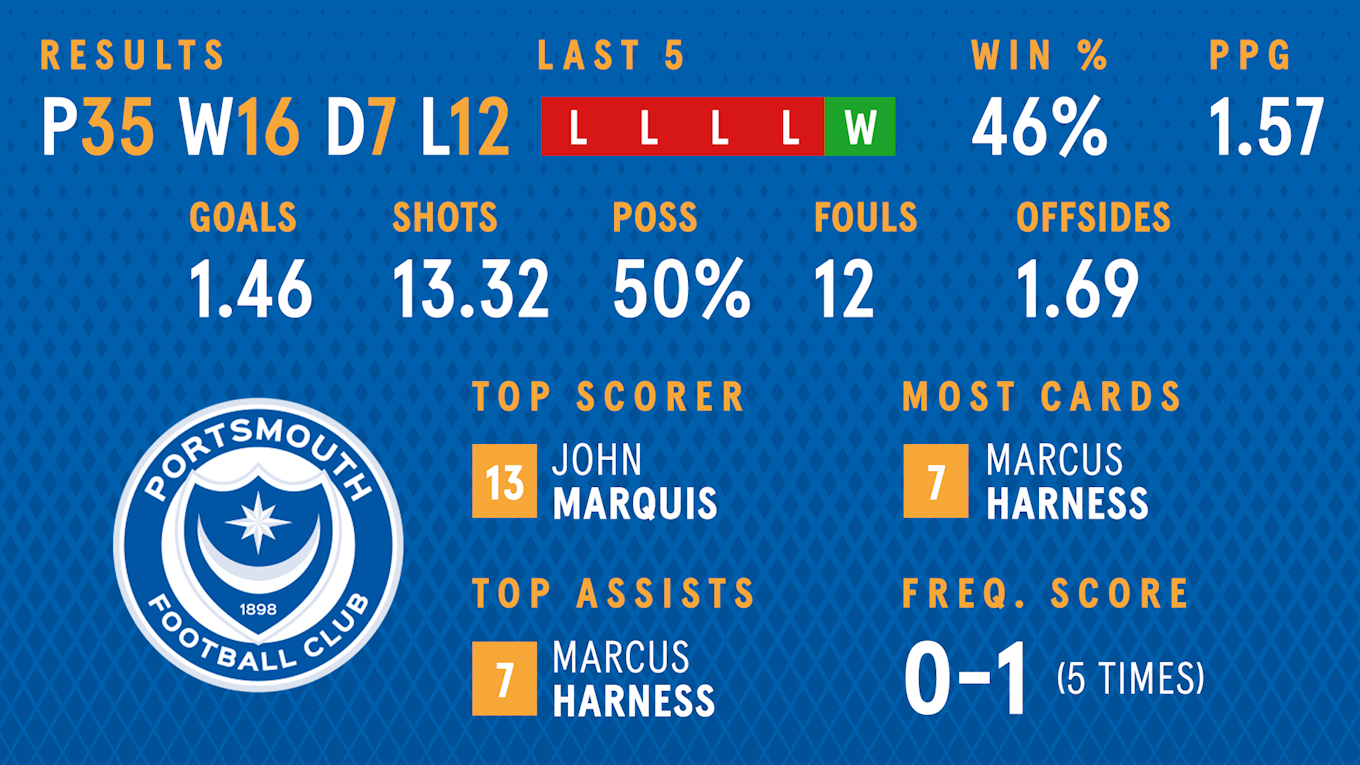