A 93rd Daniel Udoh strike sealed a vital three points as Shrewsbury Town came out 1-0 winners against an inform Charlton Athletic side to climb out of the relegation zone in Sky Bet League One on Saturday evening.

With the game entering its final moment and the points looking like they were going to be shared, Montgomery Waters Meadow erupted when Udoh fired his shot into the bottom corner past Charlton keeper Craig MacGillivray. The result also sealed Salop’s second clean sheet in 25 games.

Shrewsbury started the first half brilliantly and had a golden opportunity to take the lead just three minutes into the game when a Matthew Pennington slid in at the back post following a teasing cross from Luke Leahy, but he couldn’t connect with it. Tom Bloxham then had another great opportunity when he got on the end of a Rekeil Pyke cross firing a powerful shot at goal, but Charlton goalkeeper Craig MacGillivray did well to tip it over.

Marko Marosi was then forced into a great save of his own 22 minutes in when Charlton captain Alex Gilbey tried to find the bottom left corner with a driven shot, but Marosi was quick to it and pushed it wide of the post at full stretch.

With squad numbers thin at the moment due to injuries, Steve Cotterill will be disappointed to have lost Pyke to a muscle injury just 30 minutes into the game.

In what was an end to end first half, the second half stared just the same with both teams try to break quickly and find the opener. Marosi made a brilliant double save in the 49th when he did well to parry a Conor Washington header at the near post and then save Washington’s rebounded effort. Bloxham then had a great chance when he cut inside onto his right foot just inside the area 57 minutes in but could only send his curling effort just over the bar.

As the game entered the final five minutes of the 90, Salop had a strong claims a penalty when Nathanael Ogbeta appeared to be dragged down in the box but instead the referee decided to award the visitors a free kick. But then Udoh came up like he has done so many times recently and sealed all three points for Salop.

Early into the second half, Akin Famewo was shown the first booking of the fixture for a foul on Dan Udoh.

Papa Souare was booked in the 70th minute for a foul on Elliott Bennett in the middle of the park.

Sean Clare was next in the book for denying George Nurse breaking on the counter-attack.

Dan Udoh was shown a yellow in the 89th for an altercation in the middle of the pitch. 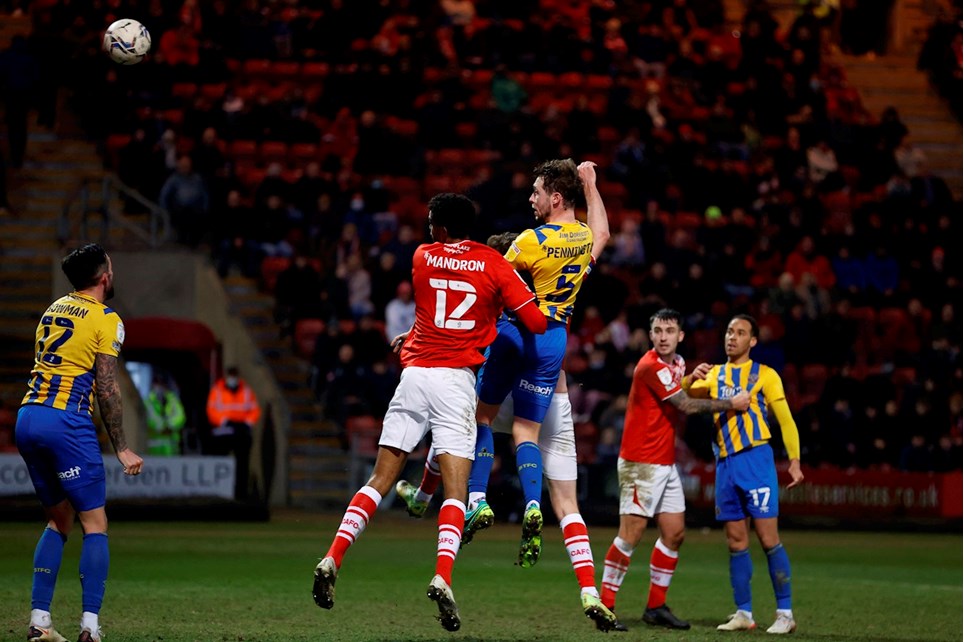 
Shrewsbury Town earned a valuable point on the road in the Sky Bet League One on Saturday afternoon, as they drew 0-0 against Crewe Alexandra at the Mornflakes Stadium. 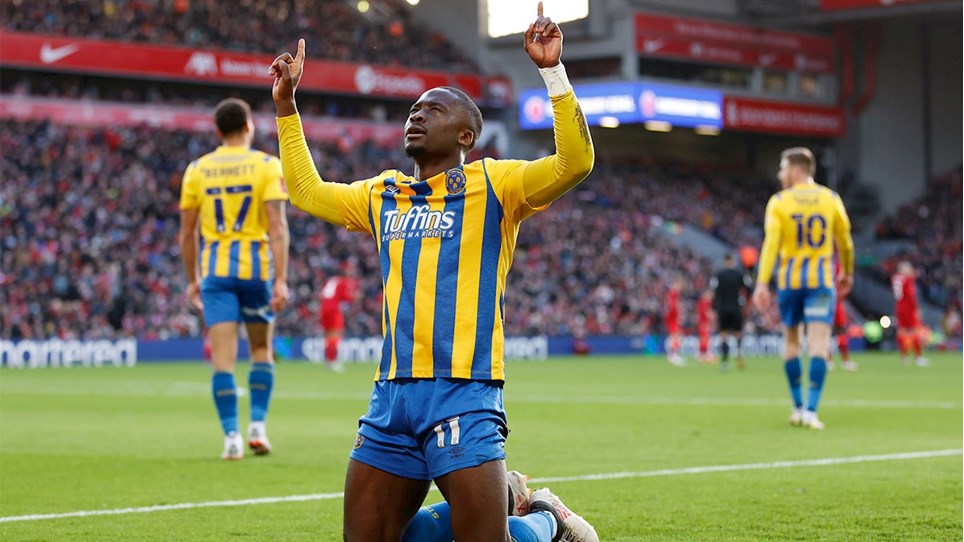 
Salop exit the Emirates FA Cup at the third round stage despite a spirited and resolute performance at Anfield against Liverpool. 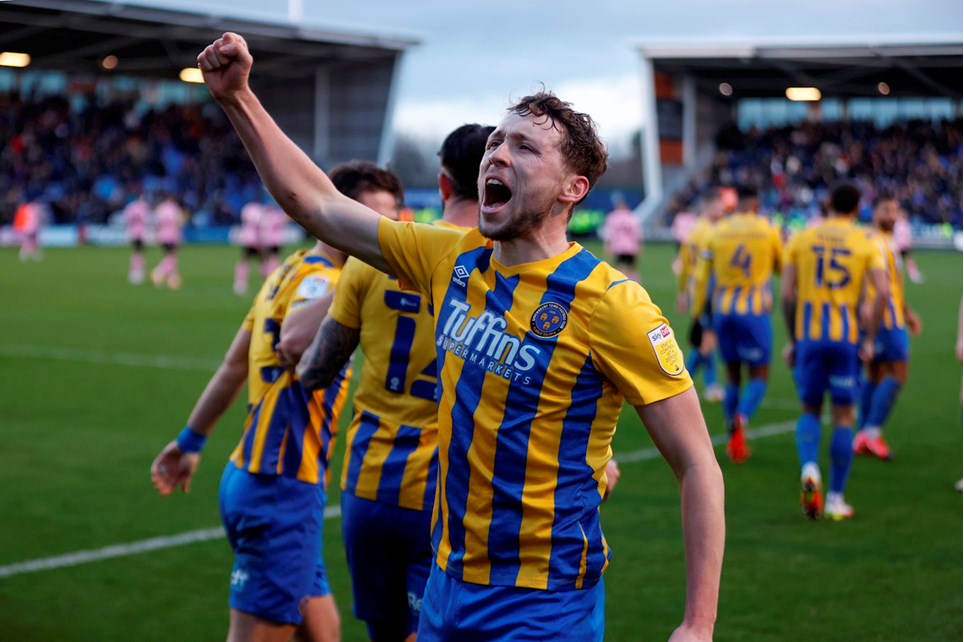 
Shrewsbury Town started off 2022 with a bang and continued their brilliant home form with a 1-0 win over Sheffield Wednesday at Montgomery Waters Meadow on Sunday afternoon. 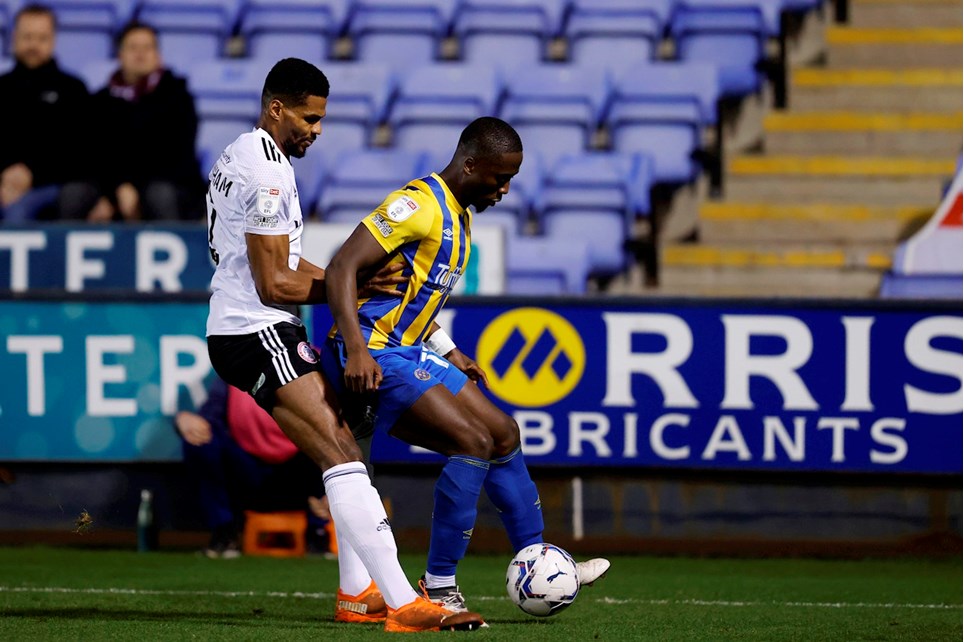 
Shrewsbury Town finished 2021 with a 0-0 draw against Accrington Stanley at Montgomery Waters Meadow on Wednesday night.