‘Salop For All’ is an inclusion group made up from fans, key staff from both the Club and Shrewsbury Town in the Community, Working together to improve and showcase the match day experience for all. Our members are Mike Davis and Roger Groves both Supporter Liaison Officers from the Supporters Parliament, Our Disability Liaison Officer; Rich Pulford, ‘Proud Salopian’; Andy Garden, Female Fan Rep; Helen Hall, Brian Caldwell; CEO of STFC, Disability Officer from STiTC; Mark Bull, Lawrence Elerby; Matchday Safety Officer and Jayne Pullinger; Safeguarding at STFC, supported by our Media Team.

"This group signifies Shrewsbury's enthusiasm for Inclusion. This is a forum in which the Club, Community and Fans get together to make positive change, all listening to each other and working together to improve and promote the matchday experience. We are optimistic that this launch will encourage fans from ethnic minority background to join us at 'Salop4All.'

Co-Chair STFC Supporters Parliament. Involved with Club since 2003, Roger regularly writes for the programme and is an active member of the ‘Super Blues Committee’ Joint winner of the EFL Supporter of the Year award 2019. Club’s Supporter Liaison Officer since July 2019 and led the installation of Safe Standing project in 2018.

As a life long Shrewsbury fan I got involved with fan representation at a young age to try and help maintain and improve dialogue between the supporters and the club.  I currently hold the role of joint SLO for the club along with Roger Groves and have just returned as joint chair of the clubs Supporters Parliament.  Having worked with the club on various projects such as the memorial garden, Smithy's Bar and safe standing my aim is to continue working closely on projects that improve the supporters experience and in turn help push the club forward off the pitch. 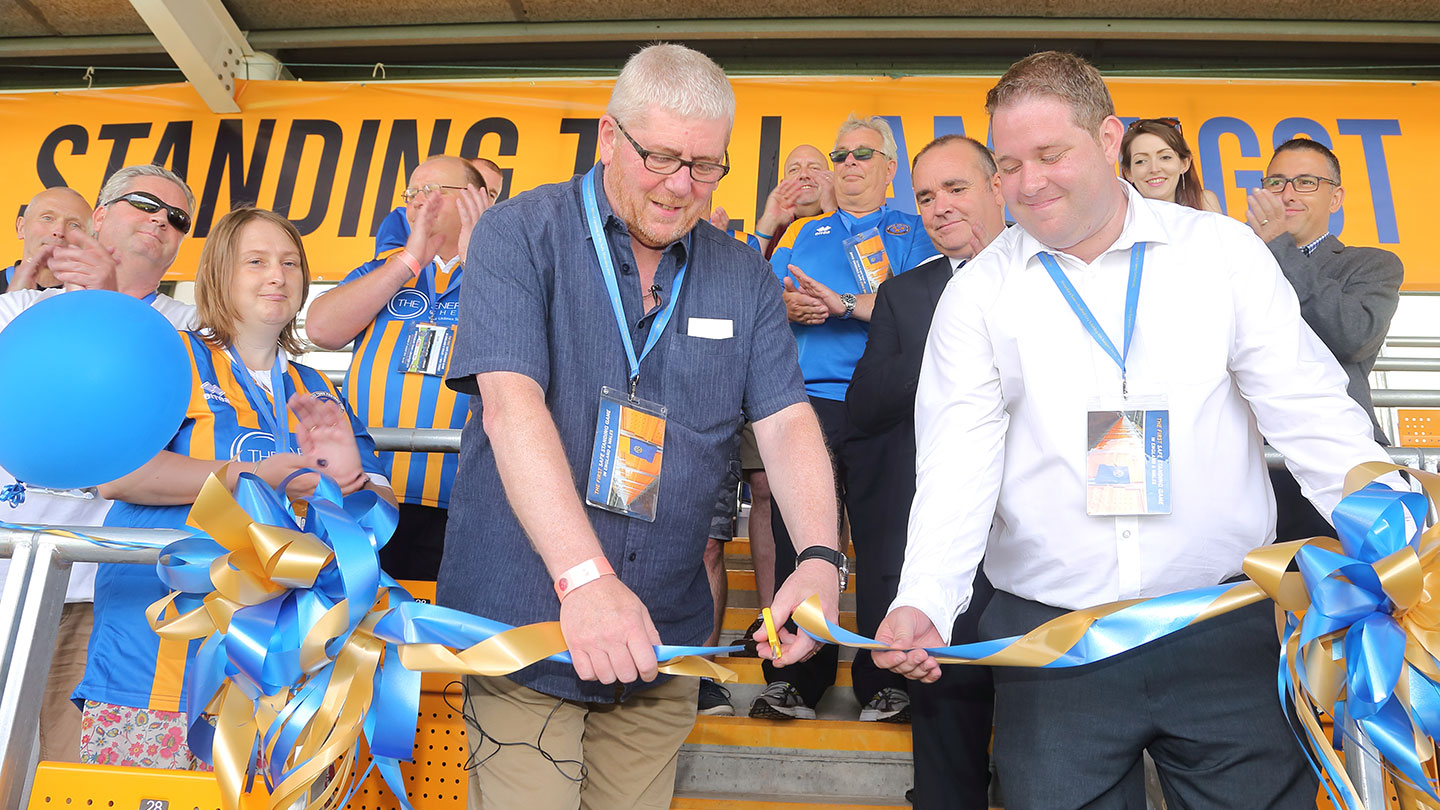 Hi my name is Helen Hall and I am your Female representative on the “Salop For All” Supporters Inclusion Committee at STFC.

Even though I am of retirement age I continue to work in our family business.  I love ballet, theatre, cinema, music, most sports and most definitely football!

Having been an armchair supporter of STFC since my school days and despite the fact that neither my husband or son have any interest in football, I took the step many years ago to buy a season ticket and support the team from the terraces.  True supporters have to take the rough with the smooth but I have enjoyed every minute!  I am a regular attendee at the Supporters Parliament meetings (open to all) and assisted with the Safe Standing project.

It is my aim to help represent the views of all, but female supporters in particular and to encourage and assist any female who would like to take that first step, follow my path, support STFC and experience the joys of watching professional football from the terraces, to do just that and hopefully remain with the Club for many years to come. 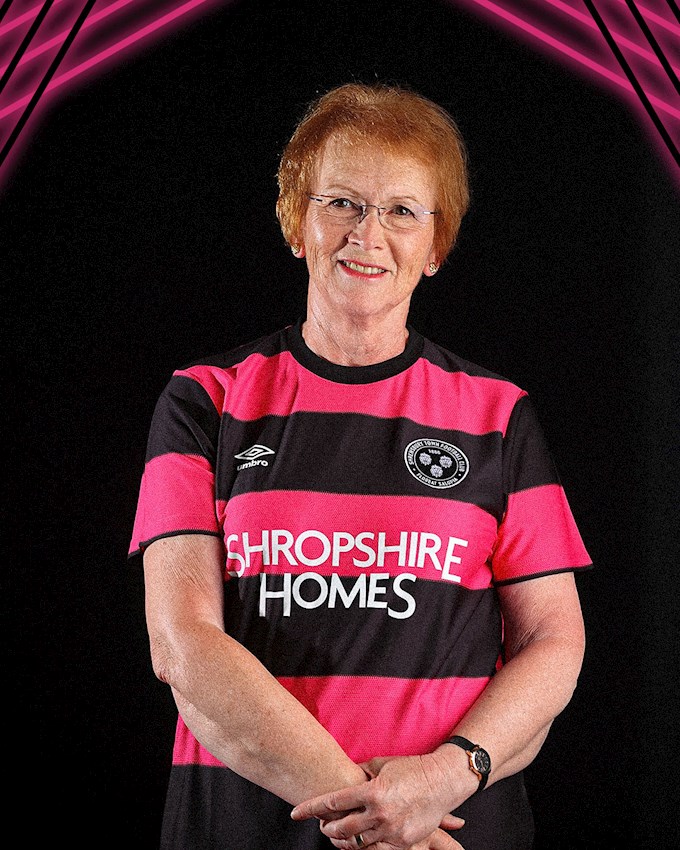 Hi I’m Richard Pulford and I am your new Disabled Supporter Liaison Officer.  As a lifelong Town fan and season ticket holder I was very pleased to be approached to take on this important role.  As a disabled person I have some understanding of what barriers there can be when it comes to watching football for people who suffer from a disability, whatever that disability may be.  The club already has great facilities for disabled fans but there is always opportunity for improvement and as the DLO I will be the link between the club and disabled supporters to make sure that any issues, problems or barriers to anybody wanting to come along and enjoy the atmosphere and experience of live football can be overcome.  I believe there should be no barriers to stop anybody coming to experience a match at STFC and with the help of disabled supporters and the rest of the football community any issues people might have can be discussed with the club and a resolution found.  I along with the club also hope to setup a new Disabled Supporter Association and if anyone would like to get involved with this then do get in contact. 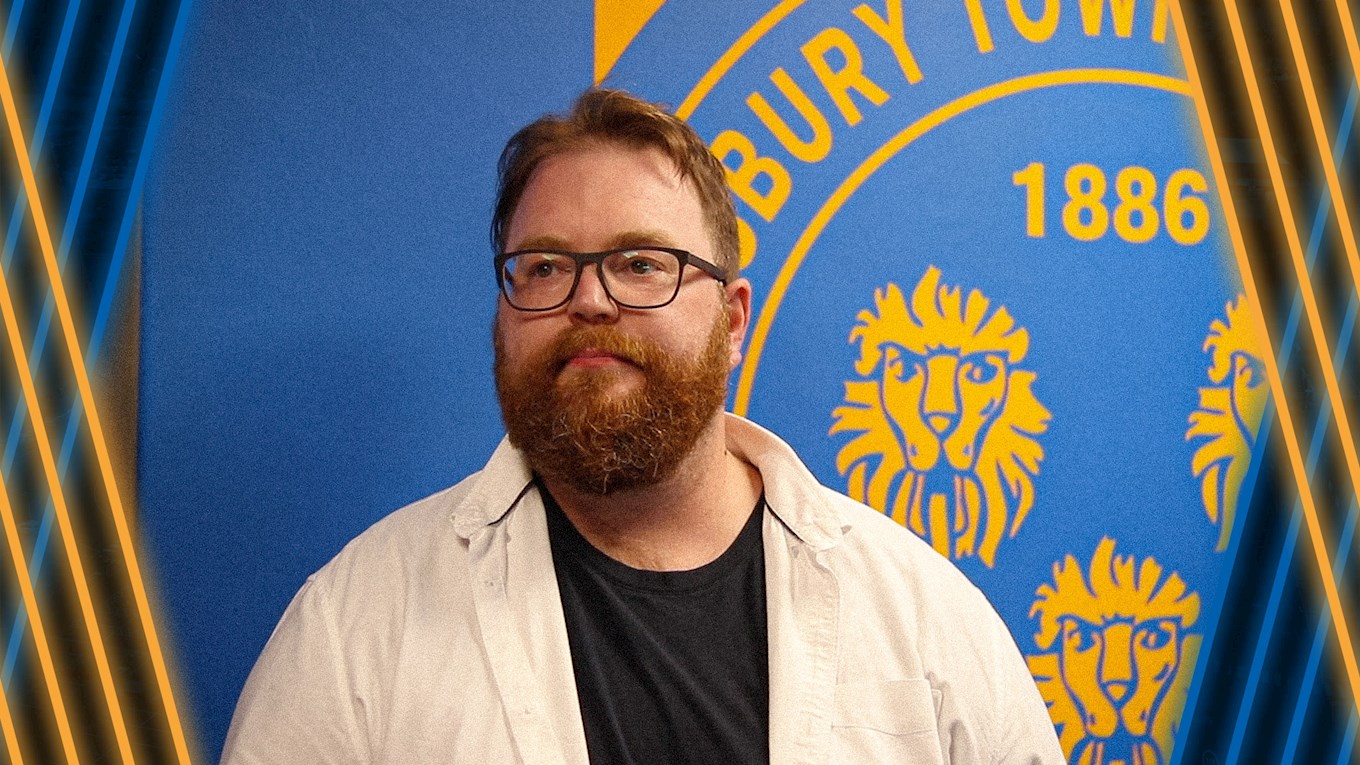 Hi we’re Andy Garden and Iain Cormack, the co-founders of Proud Salopians - a supporter’s group for LGBT+ fans and allies of Shrewsbury Town. Andy is from Stourbridge originally and now lives north of Birmingham but is very much an adopted Salopian. He’s a season ticket holder and the 100-mile round trip to home matches (on public transport!) doesn’t put him off.

Andy was brought up in a Wolves-supporting family and - despite his family’s attempts to join them – the only thing going to Molineux every week did was put him off football entirely. After some years away from football he was introduced to Shrewsbury Town by Iain in the 2004/5 season - and after his first home game (vs Chester, a 3-1 win!) he was well and truly hooked.

Andy and Iain were lucky enough to have been season ticket holders for our last two seasons at Gay Meadow and volunteered in the ticket office over the summer of 2007 as part of the move to the new ground - in more recent years Andy is a Safe Standing season ticket holder, is a regular attendee at Supporter’s Parliament meetings, and enjoys away days when work commitments allow.

Iain is a Shropshire lad and has been a lifelong supporter of Town, helping in the club shop back at Gay Meadow and playing in the Away Supporters football team in years gone by – he now lives away from the area but still attends matches when he is able to, and is the fellow co-founder of Proud Salopians.

Proud Salopians was founded in 2019 and is one of more than fifty similar LGBT+ supporter’s groups across the Premier League and Football League. We’re part of an umbrella group of supporter’s groups known as Pride In Football and are here to provide a welcoming, friendly and above all safe space for both Shrewsbury Town fans who identify as LGBT+ and allies within the fanbase and local community – as a presence for other fans, young or old, new or established, to turn to for support if it's ever needed or wanted, or even just to know they're not alone on the terraces. We hope to represent these views as part of 'Salop For All' as it grows and develops. 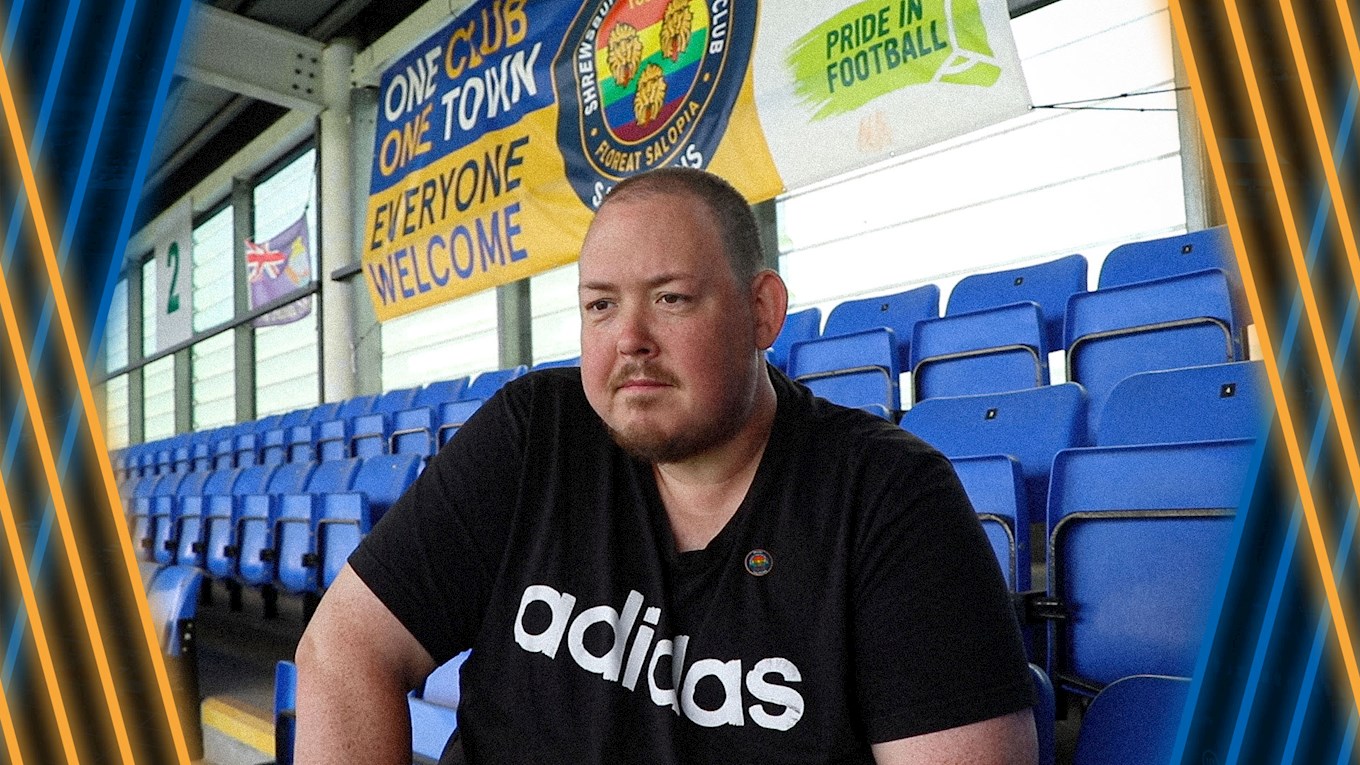 Brian Caldwell: CEO of STFC since Feb 2016, Brian understands the importance of developing a strong rapport with our fans, with a wealth of experience in football spanning 25+years at previous Clubs Ayr United and St Mirren in Scotland.

Lawrence Ellerby: Safety Officer. Lawrence has been at STFC as Safety officer since 2017, a seasoned expert in this field. Always looking to improve our standards in particular disability access. Coordinated the very successful pilots at the stadium during the COVID-19 pandemic.

Mark Bull: STiTC disability Coordinator, a role he is passionate about. Mark is a Community BTEC graduate and works tirelessly on disability sports sessions in schools and can’t wait for fans to return to continue his work disability supporter activities on Matchdays.