Dan Udoh has been shortlisted for PFA Vertu Motors Fan's Player of the Month for March. 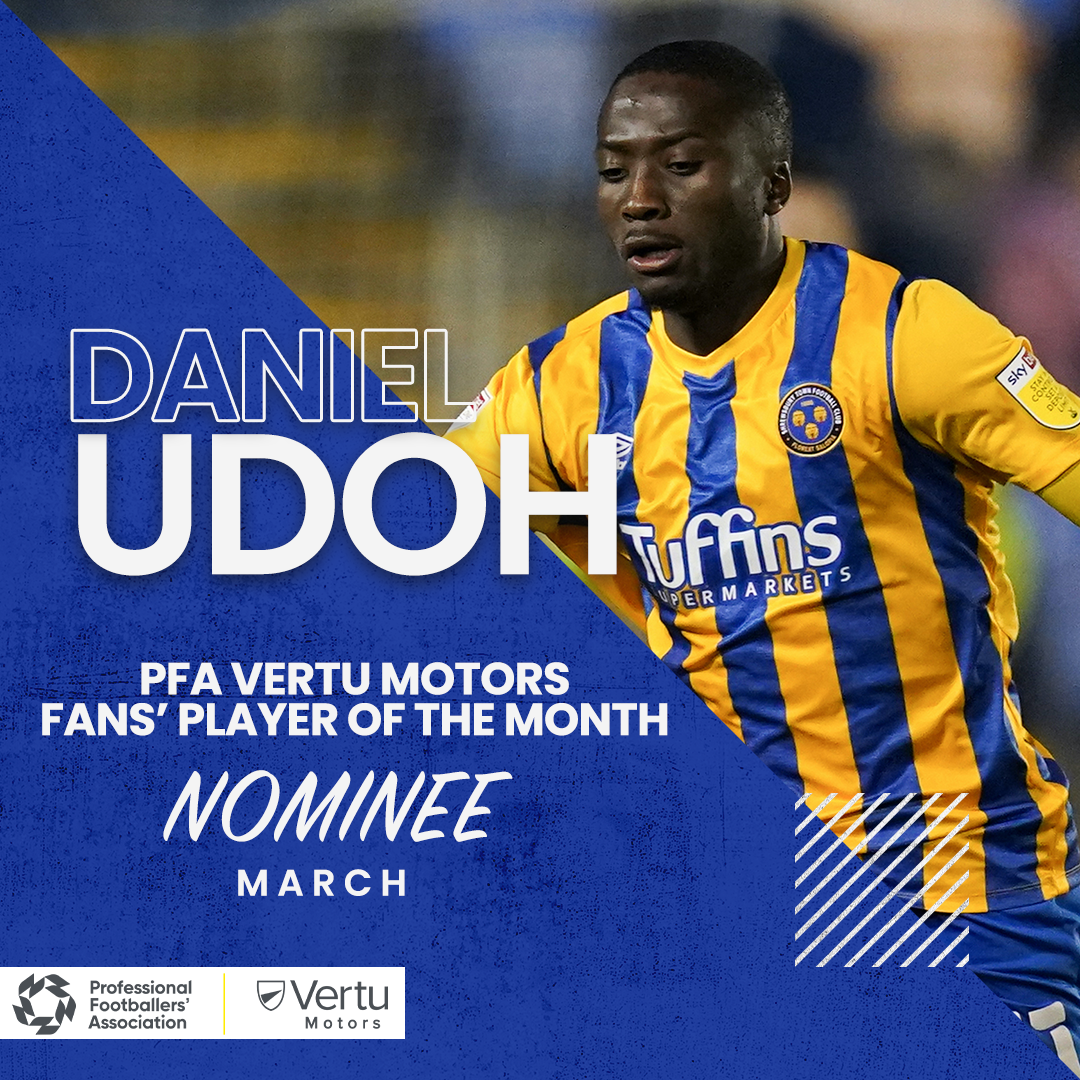 May is nominated for the second month in a row, continuing his prolific scoring form from February with five goals this month. Wigan went unbeaten in their five games, with Keane finding the back of the net in four of them to earn his second nomination this season.

Plymouth were pretty faultless this month. Hardie led the line expertly with four strikes to make the shortlist while Berahino's hat-trick in a 6-0 win over Cambridge United sees the Wednesday forward included.

Shrewsbury ended March with a bang, scoring nine and conceding none in the last three games of the month, with four of those strikes credited to Udoh, who played a starring role in each victory. Hirst rounds off the League One shortlist, bagging five goals in the first three games in March.

You can vote for Dan here!