Shrewsbury Town hosted their 2021/22 end of season awards last night and 11 awards were dished out to different members of the squad.

The highlight of the evening saw Luke Leahy pick up the Supporters' Player of the Season award for his efforts over the season. Leahy scored nine goals and bagged seven assists over 49 appearances so far this season.

Speaking after the ceremony, Leahy said:

"I'm delighted! Those awards, especially the ones voted for by supporters, are the most important ones for me so I'm delighted to get the recognition that this season has produced and I'm very thankful. I think it shows that I'm enjoying my football and this is probably my best footballing season and I think that's shown by the performances I've put on. I've loved my time here and long may it continue." 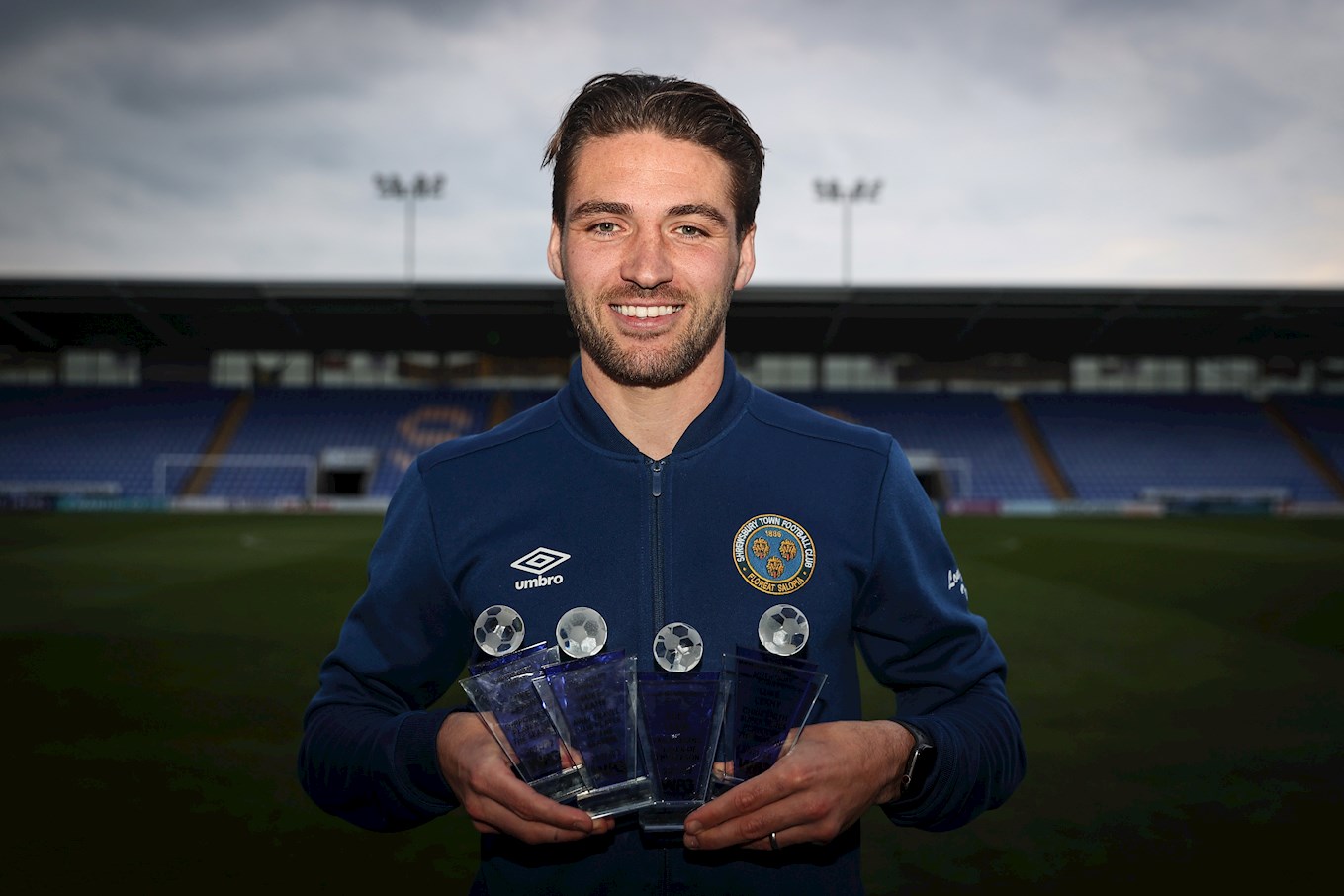 "I'm delighted and I'm grateful, especially to the fans: thanks for all your support. I want to thank the manager and all the management staff who took a chance on me and I produced for them really so yeah, I'm just happy and can't say anything more than that. I expected the Top Goalscorer award obviously but Ryan could still get four at the weekend! I didn't expect the other two but it's an honor to be chosen by my teammates. This definitely goes down as my most successful season as a footballer because it's the highest level I've played at and I've produced the best stats and got the most game time too so it's all come together." 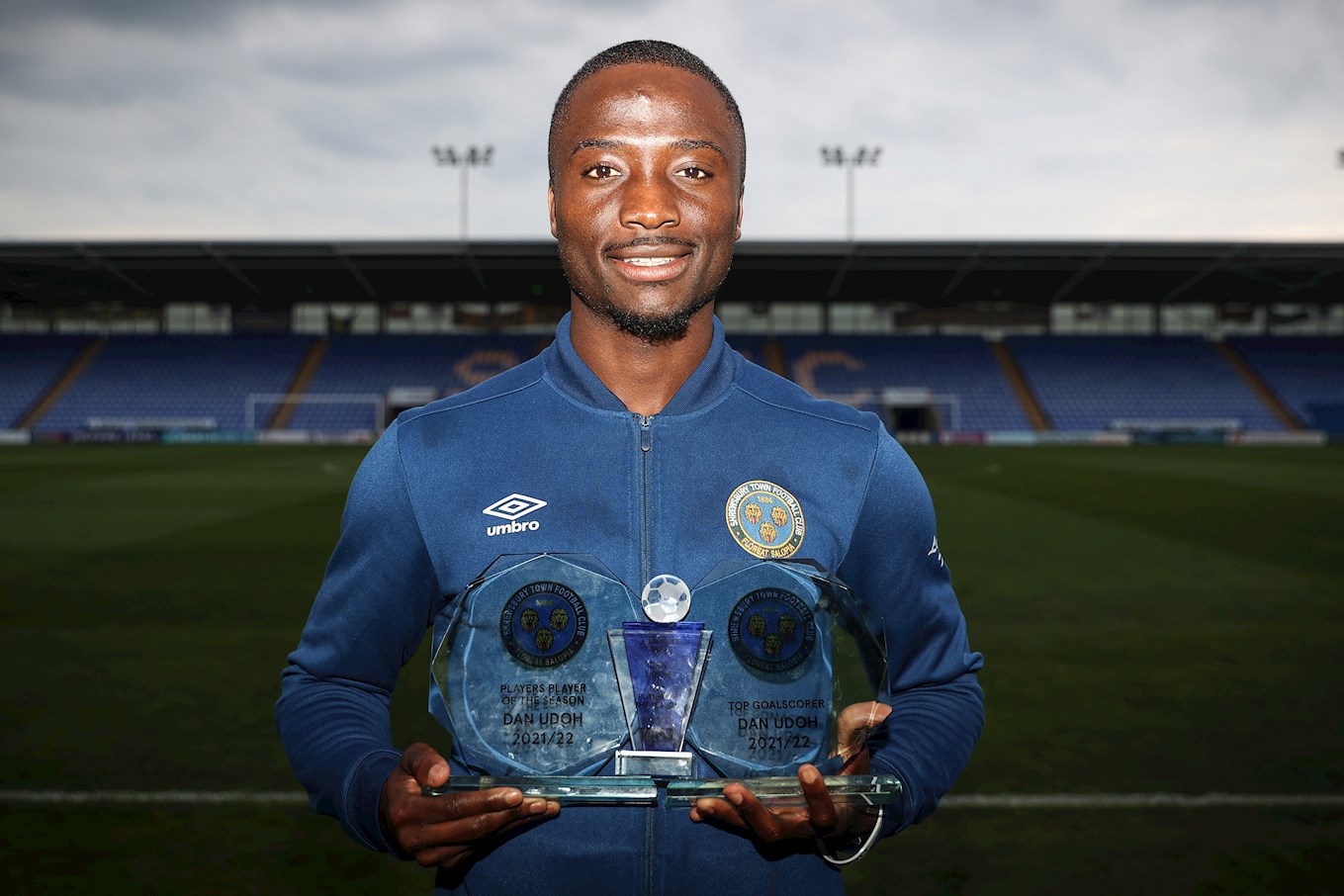 The night also saw Tom Bloxham pick up two awards: Young Player of the Season and Goal of the Season. The 18-year-old has made 40 appearances for Shrewsbury Town so far this season, scoring five goals and bagging one assist. It was the youngster's overhead kick against Gillingham back in August that won the Goal of the Season competition by just one vote on the night, as it came out on top against four long-range stunners and Dan Udoh's goal at Anfield. 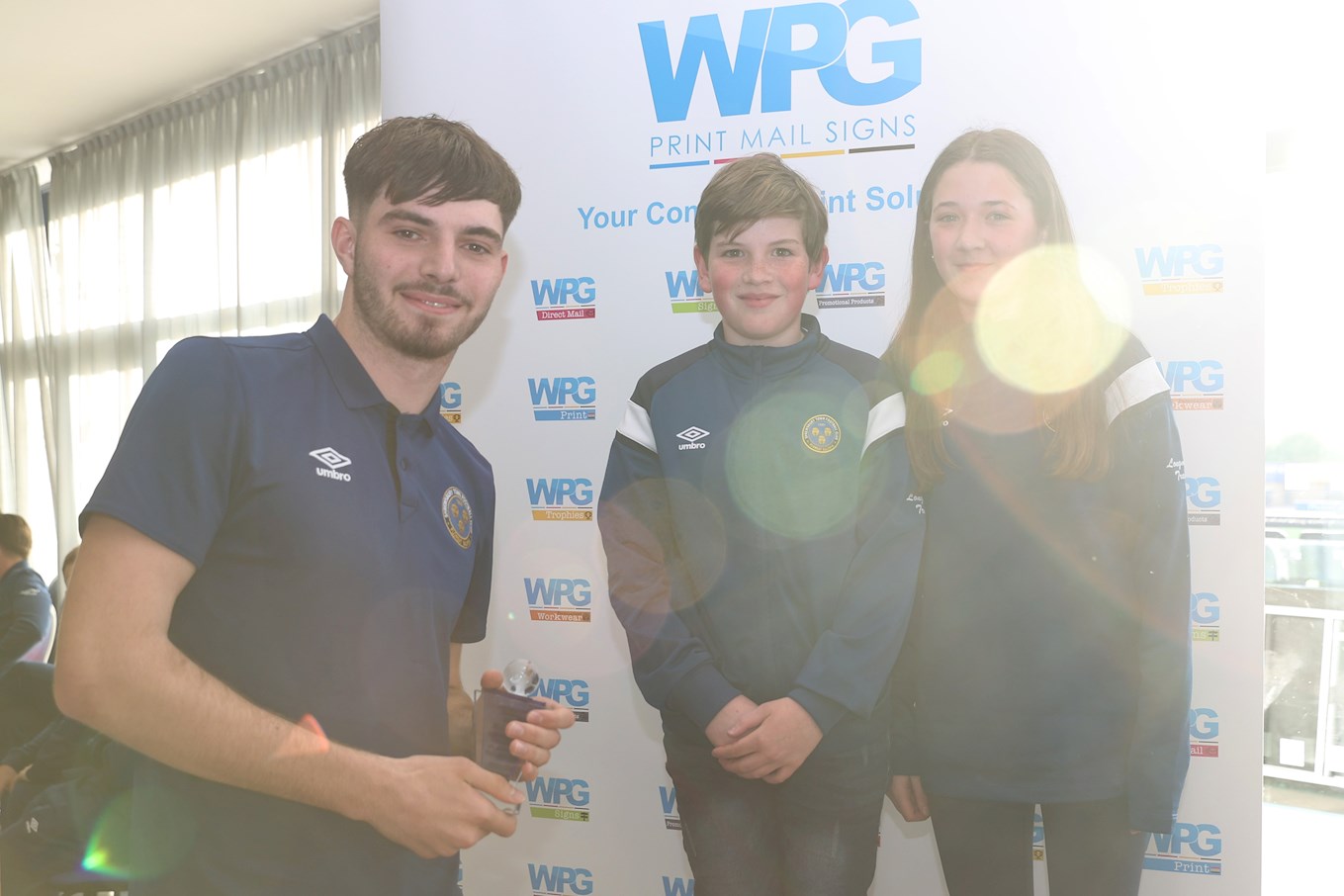 Shaun Whalley won the Supporters' Parliament Special Recognition award last night for his seven years of fantastic service to Shrewsbury Town Football Club. It was a turbulent season for Shaun, who picked up a four-month injury during a training session in November but also managed to make his 250th appearance for the club and score two of the six Goal of the Season contenders - both against Ipswich Town. 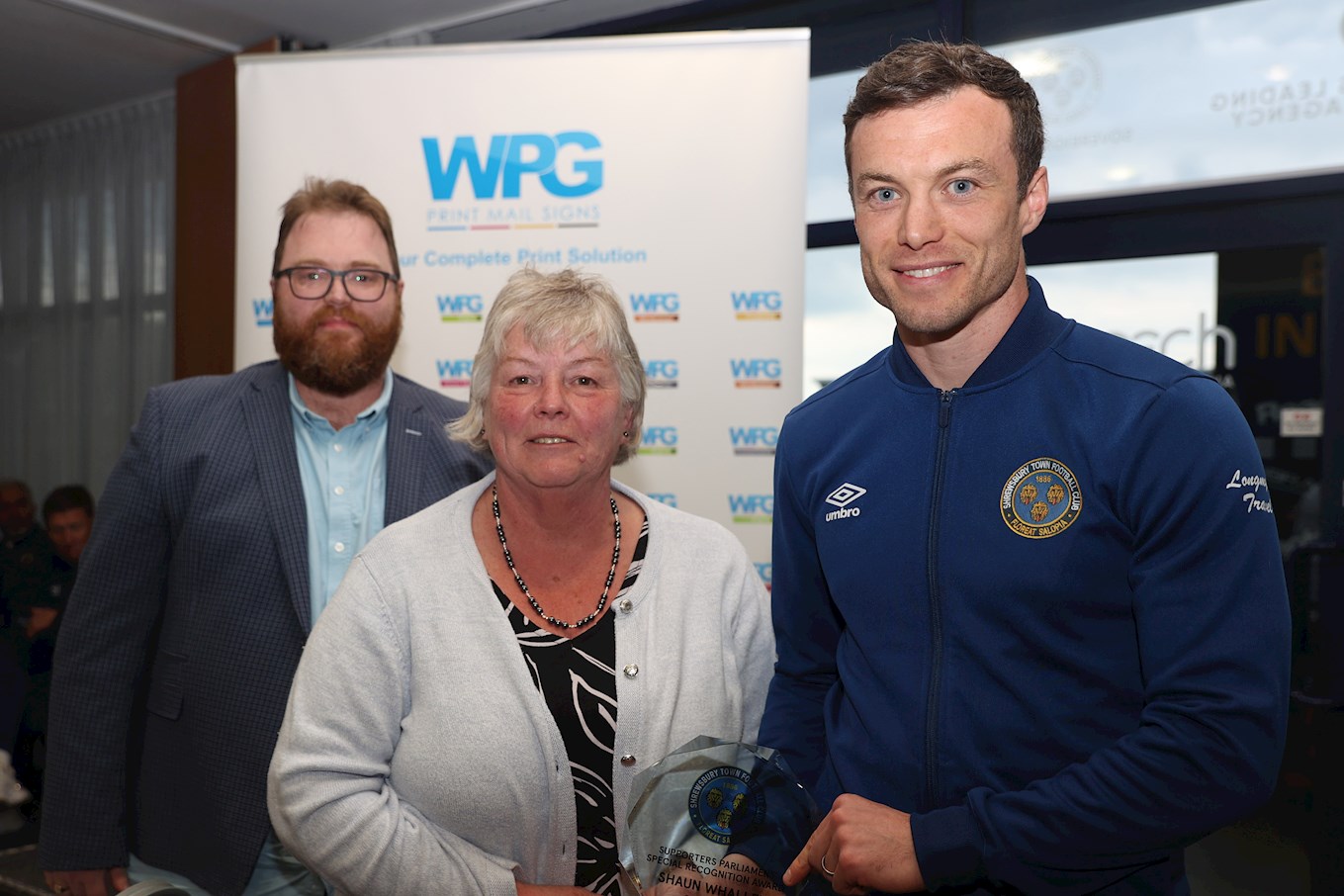 Harry Burgoyne won the Shrewsbury Town in the Community Player of the Season award for his fantastic work in the communities of Shropshire. Burgoyne has contributed to multiple campaigns this season as well as donating goalie gloves, boots, and other items to charity fundraisers and he's made player appearances at schools around the county. 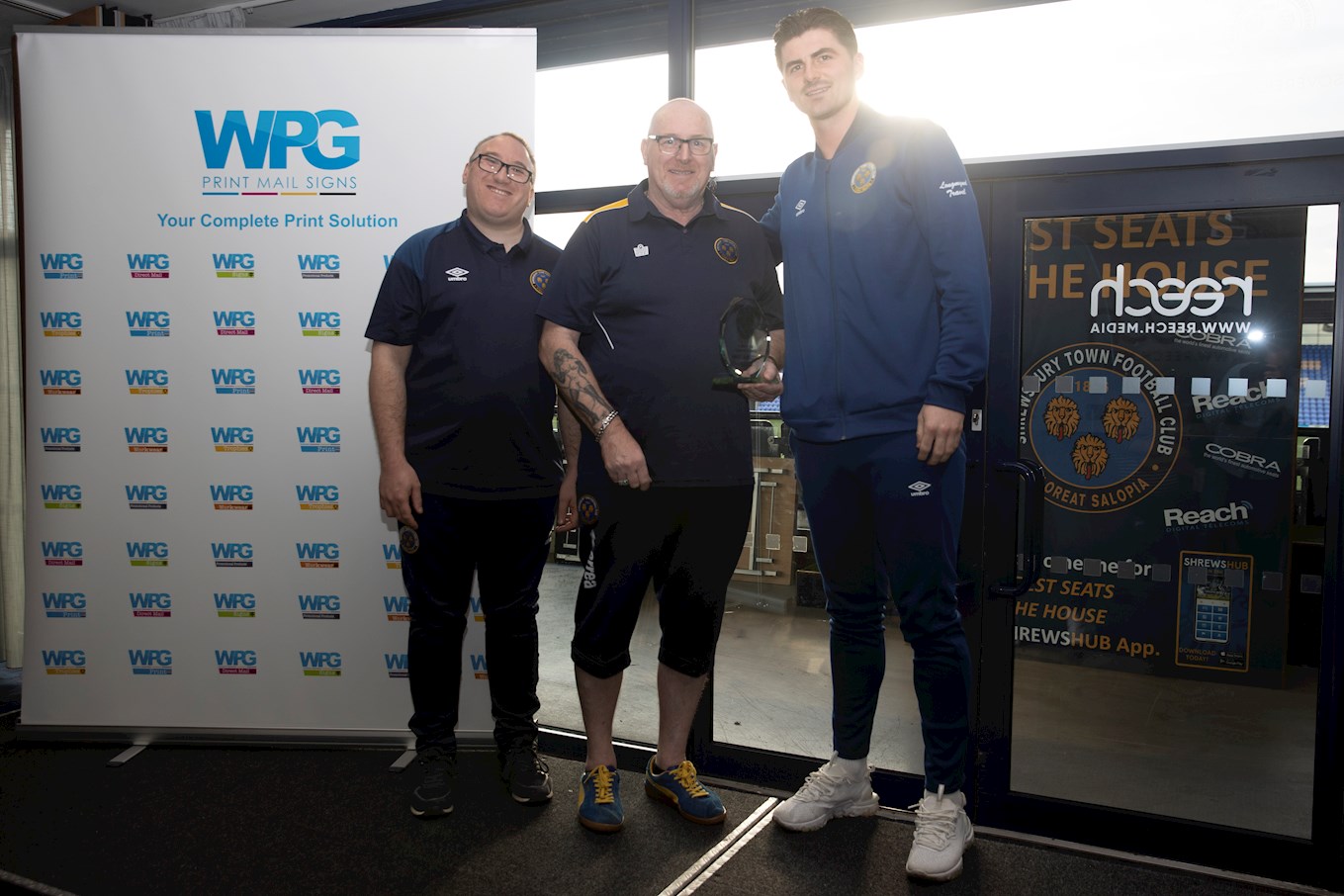 Finally, the south stand drummer, Scott Edwards, was awarded the South Stand Flags Special Recognition award for his contribution to the atmosphere at Montgomery Waters Meadow. 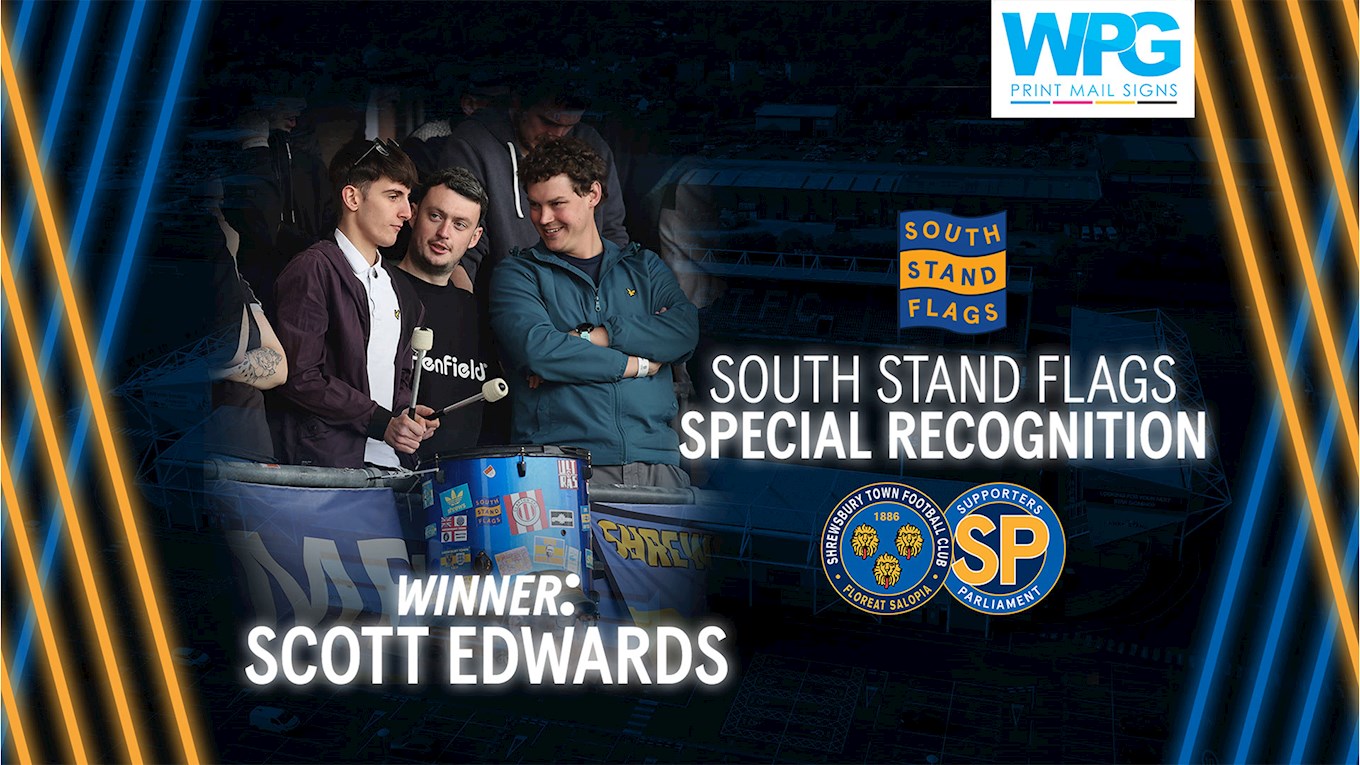 Thank you to all those who voted and/or attended the awards evening. The club was also like to thank Ryan Jervis and Stuart Dunn for hosting the awards and we hope you enjoyed what was a wonderful night.