This season has seen seven Shrewsbury Town Academy players make the first-team squad and, to mark the EFL’s Youth Development Week for 2022, we thought we’d have a look at the players developing their careers at our club.

Academy director David Longwell said Shrewsbury Town prides itself on the pathway it provides young players who are coming through the academy and youth system. “The most important thing in any academy is that players can progress,” he began. “I think that’s the main reason I came to Shrewsbury because we had a plan in place to bring players through. You’ve got to give players opportunities to improve and progress and I think we’ve managed to do that with Tom Bloxham, who’s a fantastic story and is now playing regularly for the first team. It’s what the academy is about, to try and give those opportunities.” 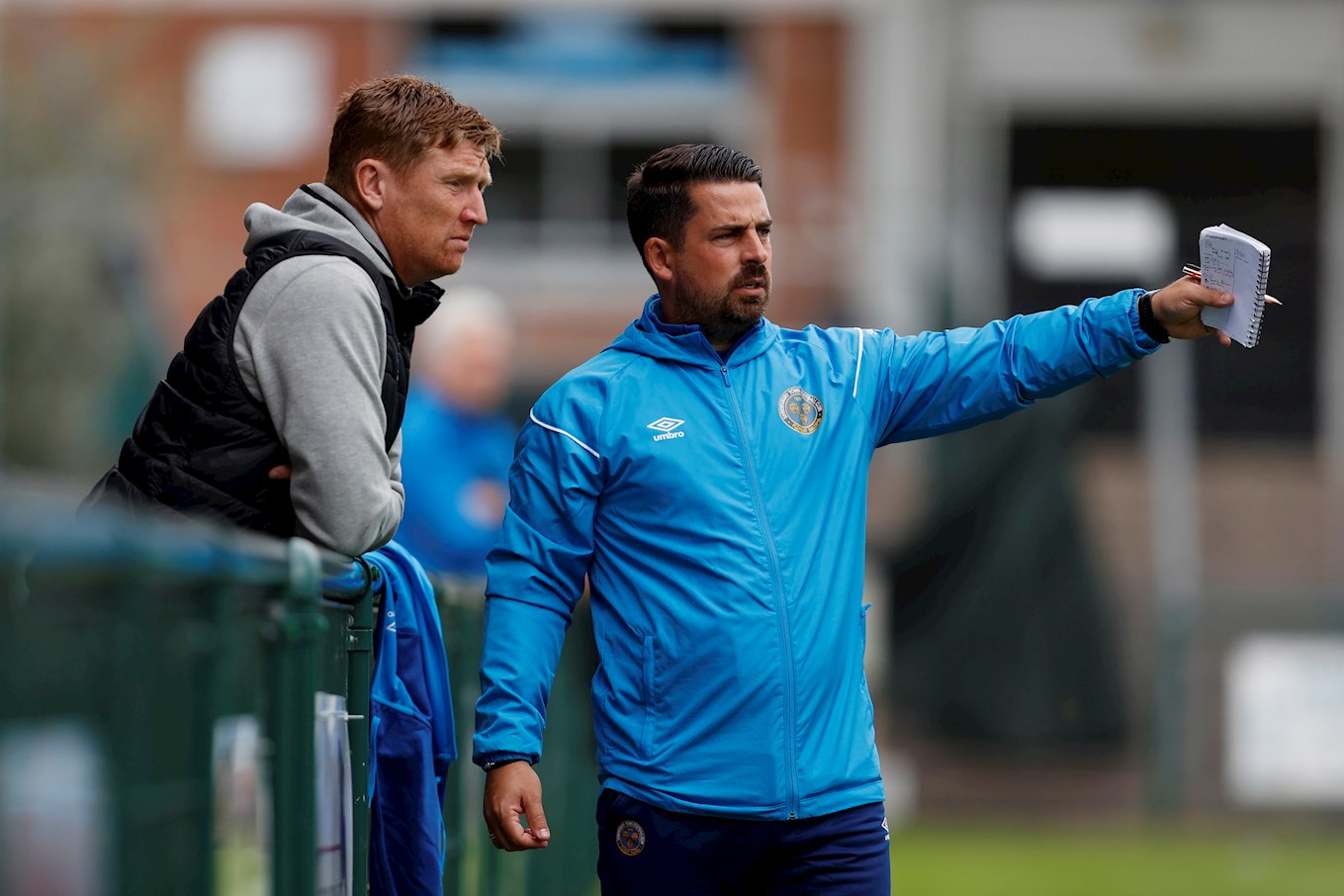 But Bloxham isn’t the only player who’s made his way through the ranks at Salop, Longwell went on: “I think we’ve got a good crop of players [in the academy]. You’ve got Charlie [Caton] who’s in the first team and is a very good player, he’s really improved. I look at him in training and how he’s developed because young boys develop at different times both physically and mentally, and he’s really progressed over the last few months.

“If you look at this year alone, you’ve got the Papa John’s Trophy game where Louis Lloyd scored, Callum Wilson played, it’s a great sign when you’ve got players moving through like that. Obviously, you’ve got Ben Kaninda, Kade Craig, and Jaden Bevan also around the first team so there’s a good crop of players there. The biggest thing about Shrewsbury is that there’s a pathway. The challenge is to put Shrewsbury on the map and make players want to come here because we have a strong academy - which I don’t think we have had in the past.”

Shrewsbury Town’s number 18 has been in the squad 35 times this season. He made his first-team debut for Salop last season and has really kicked on since August. As it stands, he has started 12 league games and racked up 28 appearances in all competitions. The striker has also opened his goalscoring account for the first team having netted twice in the FA Cup – against Stratford Town and Carlisle United – and one stunning overhead kick in the league at home to Gillingham. 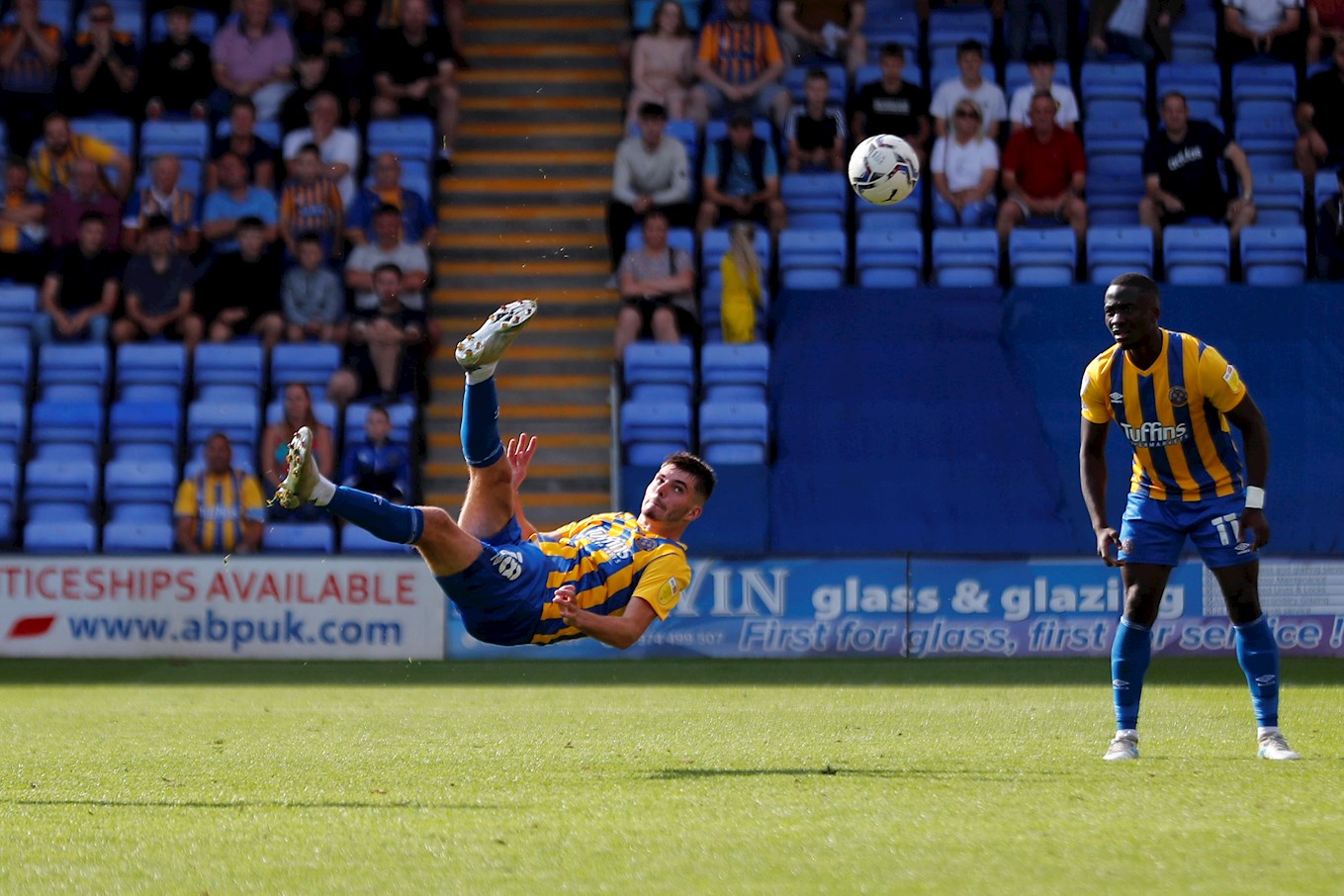 Charlie Caton has been in the first-team squad 25 times so far this season but – despite making his league debut last season – is yet to feature in the league for Town so far in 2021/22. However, he featured in every Carabao Cup and FA Cup game for Shrewsbury this season; a total of six appearances for the first team.

Right-back Callum Wilson has been in Town’s first-team squad nine times this season, including two starts in the Papa John’s Trophy. These minutes came against Wolverhampton Wanderers Under-21s and Wigan Athletic and Wilson played every minute of both fixtures.

18-year-old striker Louis Lloyd has only featured for the first team squad once this season, but it was a dream appearance for the youngster. He started the Papa John’s Trophy fixture against Wolverhampton Wanderers Under-21s and bagged his first goal for the first team on the same night, heading Nat Ogbeta’s cross home in the 79th minute. 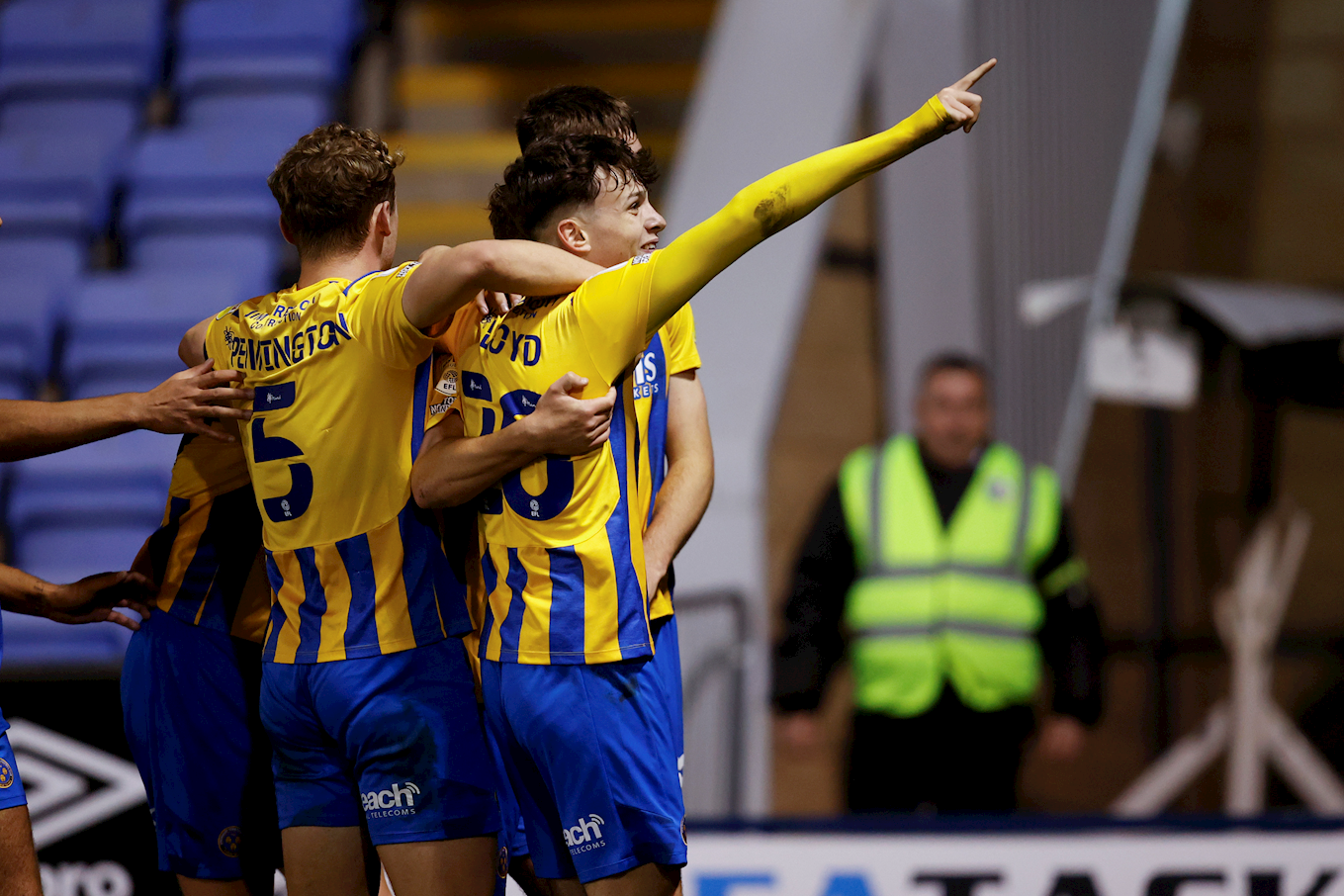 Jaden Bevan is the youngest member of Shrewsbury Town’s goalkeepers' union but trains with the first team and spends almost every matchday with them too. He is yet to make an appearance but has been on the bench twice so far this season against Wigan Athletic in the Papa John’s Trophy and against Stratford Town in the FA Cup.

Towering centre-back Kade Craig is also yet to make a first-team appearance this season, but he has been on the bench nine times, including seven league games. He was also on the bench for Town’s FA Cup fixtures at Carlisle United and Liverpool.

Another imposing centre-back, Ben Kaninda has featured among Town’s substitutes four times this season, including three league games and the FA Cup game away at Carlisle United.