Tyrese Fornah talks for the first time after joining Town on loan until the end of the season from Nottingham Forest.

New signing Tyrese Fornah spoke to the media after signing from Nottingham Forest this morning.

Shrewsbury Town announced the young midfielder earlier today and he will be available for Saturday’s game against Bolton Wanderers.

Speaking in his first interview for Salop, Fornah talked about how excited he was to sign for the club and also talked us through his career so far, from his youth career at Brighton and Hove Albion, his time at Nottingham Forest, and his previous loan experience.

On signing for Town:

“I’m very excited, I’m just looking forward to getting started. It just made sense to get my head down here, work hard, and hopefully play and enjoy my football again. The boys are nice, the people behind the scenes at the club are really good people so yeah, it’s a really good place to be. They’re [the players] a funny group but really nice though, they’re really caring, they’ve looked after me so far and I’m one of the lads now so hopefully, we can fight for each other for the rest of the season and get the results for the fans. I know Nathanael [Ogbeta] quite well, we’re in the same church group, so we’re quite good friends off the pitch and yeah, it’ll be good to play with him now. 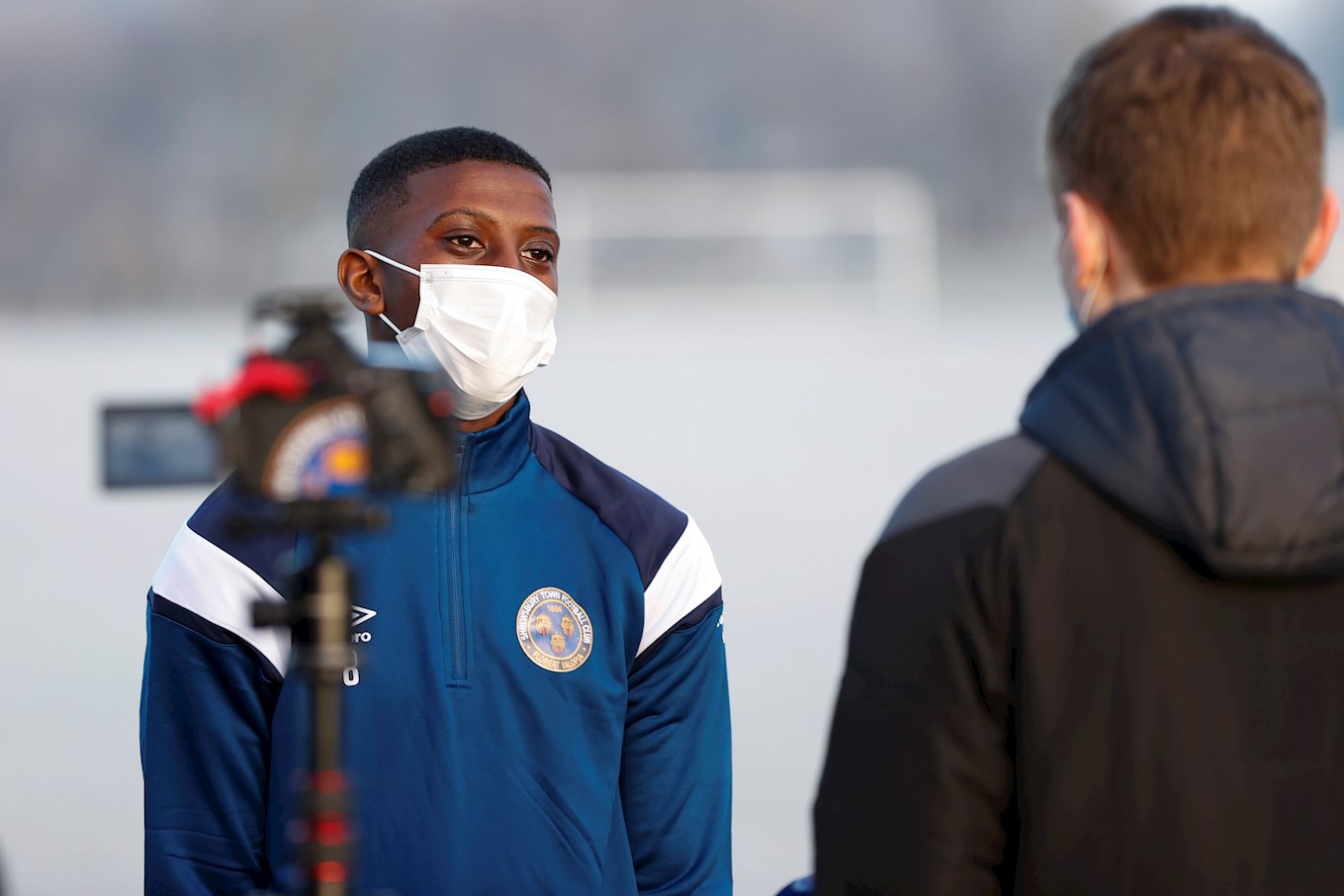 On his youth career:

“I was with Brighton [and Hove Albion] as a kid and left Brighton around the middle year of my scholar, came to Forest, and kicked on. I went on a few loans, and I’ve just kicked on. I went straight into the Under-23s at Forest and then went on loan to Casa Pia and Plymouth [Argyle] and then broke into the first team. I want to be playing more games in the first team and it's not quite happened yet, but I believe in my ability. I just need to show what I can do here and focus on Shrewsbury from now until the end of the season.”

On his experience with Casa Pia FC in Portugal:

“It was brilliant to just get out there and play games, to experience a different culture, a different environment, it was great for me because it helped me in my development, and I’ve kicked on a lot and yeah, I really enjoyed it.”

On his time with Plymouth Argyle last season:

“They were the first club that took a risk on me. I wasn’t a known player and they trusted me, gave me the game time, gave me the development and the coaching behind the scenes, and really took their time when pushing me. It was a great loan for me because I really kicked on and played a lot of games. As a young player in your first loan, it’s not always pretty but I’m grateful to Plymouth fans for understanding that it was my first loan because that can be a bit difficult. I owe them a lot.”

On making his Championship debut:

“It was a dream come true, I’d obviously come through the academy at Forest, and then to break into the first team was a hard thing because it’s a massive club full of big pressures and when you’re a young lad coming from the academy you understand what it’s like. To get that opportunity to come off the bench and feel what it’s like in the Championship was brilliant for me because that’s where, ultimately, I believe my ability should be but now I’ve got to rip it up in League One for Shrewsbury and give them everything from now until the end of the season.”

The full interview is now availiable on iFollow.