Born in Slovakia, made in Burnley. Now speaking with a Lancashire twang, Marko Marosi sat down with Salop to share his journey from Strážske to Shropshire.

Born in Michalovce, Slovakia, Marko Marosi began his bourgeoning football career with local side Strážske at the age of ten – following in the footsteps of his former goalkeeping father, Miroslav. A positive influence on Marosi’s career and a voice that still coaches Town’s number one over the phone from Slovakia.

Having joined his local side Strážske as a young boy, Marosi spent three years with his hometown club before boarding a plane to establish a new life in a foreign country with his family in England. However, Marosi swiftly absorbed the English language and returned to the pitch for local Sunday League teams in his new parish of Burnley.

Whilst navigating a significant interruption in his development due to his life-changing journey across Europe, Marosi quickly attracted the interest from a host of Premier League and Championship football clubs as a consequence of his solid performances in between the sticks with the Burnley College academy. Having stood out and shown prowess within the Burnley College setup, it was then Premier League outfit Wigan Athletic who snapped up the youngster’s signature following a successful trial period.

“I started playing football with Strážske in my hometown when I was ten years old. I wasn’t involved in football from a really young age but I was always playing with my friends out in the streets. My father didn’t want me to be involved with a club from an early age because he wanted me to enjoy football with my friends. Eventually, he got me into Strážske and that’s where it all started; I played there until we moved away.”

"I was 13 years old in 2006 when we moved over. England is my home now and that's how I see it. I've been here for so many years now that I can't see myself living in Slovakia. When my parents came here, they worked in a factory and it was quite tough at the beginning. I'm guessing they came here for a better life.

"My father always wanted me to get into football and it worked out in the end. My mum and dad are proud but they are back in Slovakia so they don’t come to games. I'm here on my own with my missus and my little one. They follow every game along with my whole family. My father calls me after every game as soon as the highlights come out. He rings me and gives his opinion on the game and my performance. My father was also a goalkeeper so I didn’t really have a choice with that one; he trained me from a very early age. I remember I wanted to be a striker but here I am.

“Here, I started playing non-league in the Under-14’s, 15’s, and 16’s with Pendle Forest and other local teams in Burnley. I eventually moved onto Barnoldswick Town. I was playing against men week-in week-out from an early age. That was great for my development and I was also studying alongside playing football.

"My first real break into football came when I was studying at Burnley College. I had a job, was doing full-time college and I would play football on Saturdays in non-league. I got scouted by Wigan whilst playing for Burnley College. They have a really good football academy and they invest a lot into sports and facilities there. I got the opportunity to trial with Wigan and it worked out… thankfully! It was a wake-up call when I went there because they were in the Premier League at the time and the standard was incredible. It was always the dream to be a professional footballer but it was an eye-opener when I went down to Wigan.”

Despite now calling England his permanent home, Marosi holds a special place in his heart for his motherland of Slovakia and the former Under-21 international shot-stopper still closely clutches international intention to represent Sokoli [The Falcons] on the world stage. Firmly in contention to represent his nation following strong performances in the Sky Bet Championship with Coventry City, Marosi was dealt a blow when injury prevented his opportunity to make his senior international bow.

“This summer just gone, I took my missus to Slovakia for the first time - she absolutely loved it there. It was the first time I’d been back to Slovakia in eight years. I think it's going to be a regular destination for us as a family. It was good because my family could see the little one as well for the first time. It’s a beautiful country but I was surprised at how much she enjoyed it. England is home to me now, and Slovakia is like a holiday.

“Football is a popular sport but understandably the quality isn’t anything compared to what it is here. Some of the lads I played with in Slovakia are still playing now professionally. I have friends who currently play in Poland and other places in Europe. The Slovakia Under-21s experience was amazing. It’s completely different from what I’d already experienced over here but it was amazing really. I was never involved in the Under-21’s World Cup or anything like that but we played all over Europe. We played some big teams and it was a great experience.

“Playing internationally for the senior team is the dream and it nearly happened for the first team last year. Things happen in football and I got injured - it's just one of those things. Hopefully, one day I can be involved in some big games and maybe big tournaments. There were talks when I was with Coventry. I started the season well but you have no control over injuries. As long as I work hard and give it my all, I don't see why it can't happen in the future.” 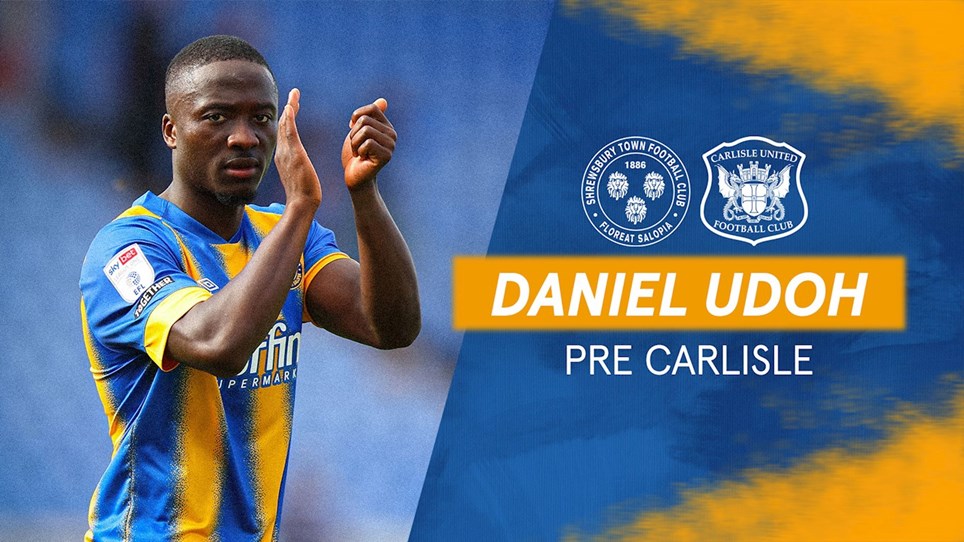 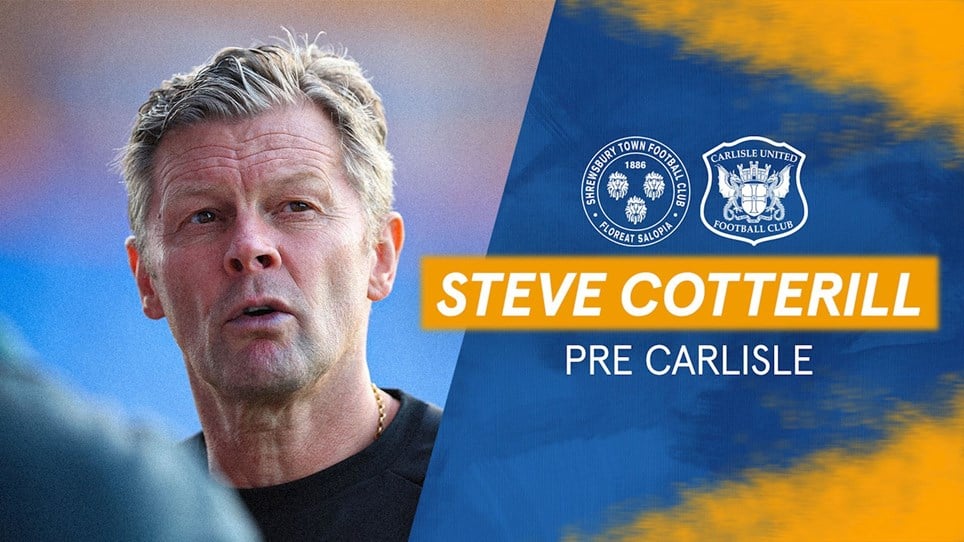 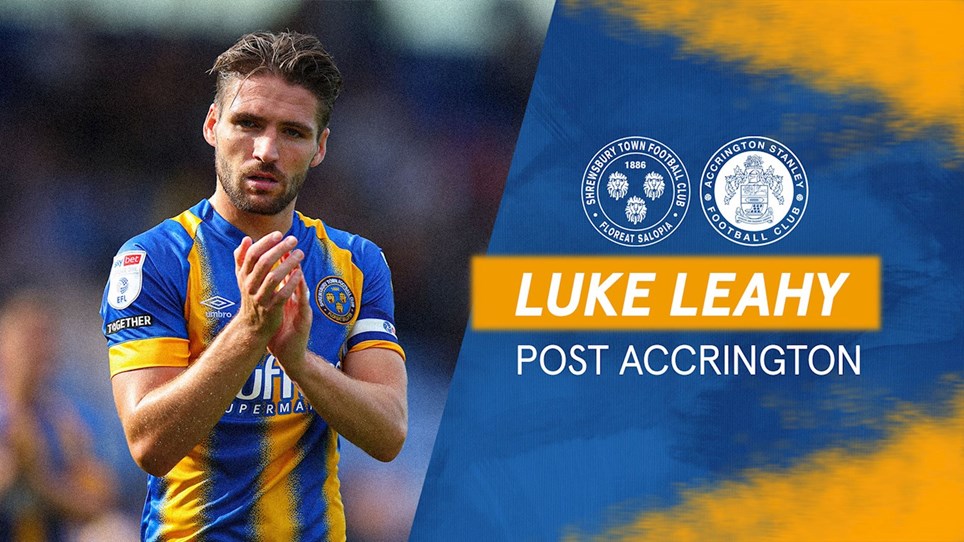 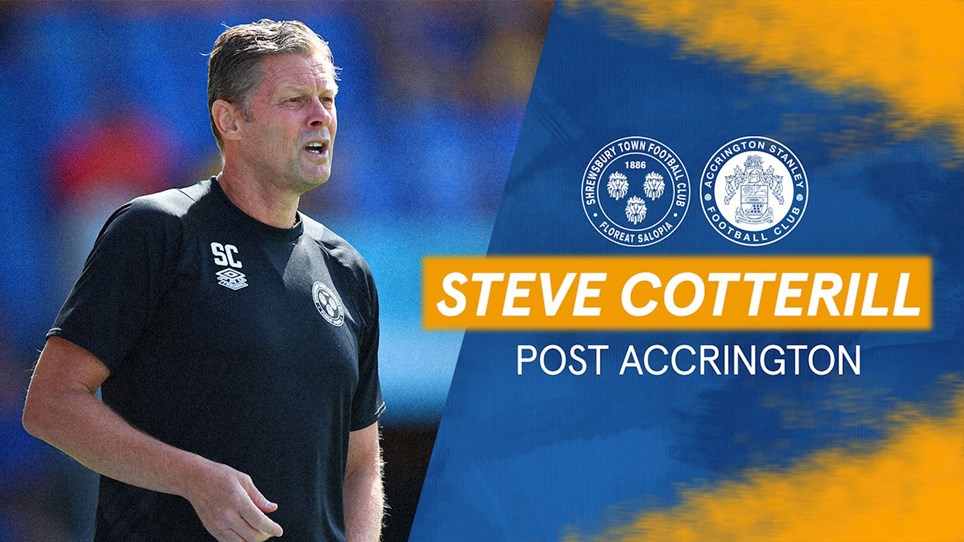 
Steve Cotterill spoke to the media after today's game against Accrington Stanley at Montgomery Waters Meadow.