Shrewsbury Town is delighted to announce the signing of Chey Dunkley on a free transfer.

The central defender signed a two-year deal with a one-year extension option at Montgomery Waters Meadow.

The Wolverhampton-born defender came through non-league with Crewe Alexandra before transferring to Hednesford Town in 2010. He spent two years with the Staffordshire outfit before moving to then Conference side Kidderminster Harriers.

This was where Dunkley was to make a name for himself and he went on to make 95 appearances for Kidderminster over the course of two-and-a-half seasons. The defender also showed prowess at the opposite end of the pitch, scoring 12 goals and bagging two assists in all competitions.

A successful loan spell at Oxford United saw him make the switch to the football league in January 2015. He made a further 96 appearances in his two-and-a-half seasons there and managed to secure another seven goals and three assists.

His impressive form for Oxford saw him travel up the leagues yet again to Wigan Athletic in 2017. He enjoyed a very successful first season as the Latics were crowned League One champions later that season. Dunkley played a huge part in this, making 43 league appearances and scoring seven goals from centre-back.

He made 64 Championship appearances over the next two seasons - and scored another six goals - before making the move to Sheffield Wednesday in August 2020.

Injured at the time, Dunkley made 12 appearances during the season that saw Wednesday relegated to League One. He then made 21 appearances in the league last season and scored twice before coming to the end of his contract - when Shrewsbury came in for him. 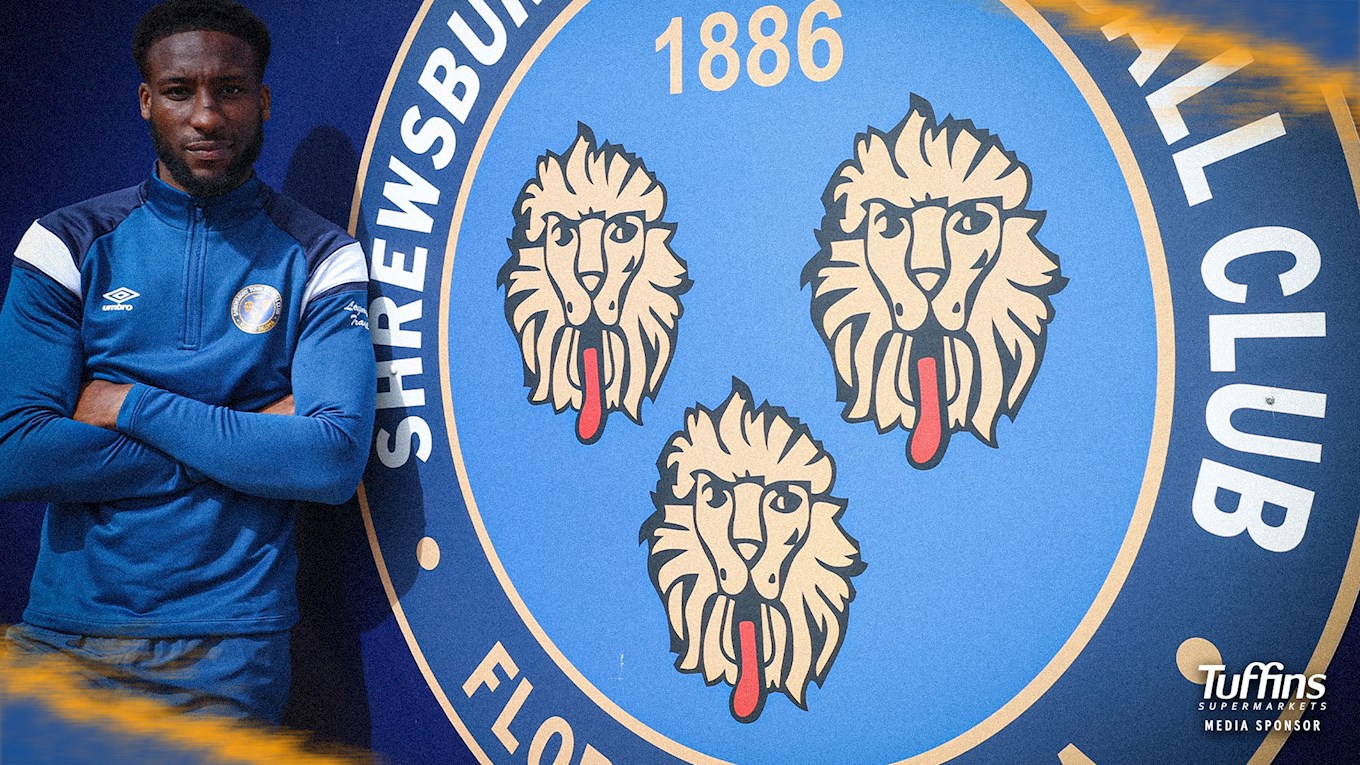 "I’m over the moon. I spoke to the Gaffer a few weeks ago, I spoke to my family and my close ones, and I had a few options, but it just felt like this was the right one for me so yeah, I’m buzzing and can’t wait to get started.

“It’s a growing club and I know a few people who have been at this club, including some who are considered club legends like Dave Edwards, and I’ve got close friends like Conor Goldson who has been here. That calibre of player has only had good things to say about Shrewsbury. It’s a family club and they’re pushing in the right direction and want to push the club to get promoted so it’s all been positive from what I’ve heard."