Shrewsbury Town have been placed in Group C for this season's Papa John's Trophy alongside Port Vale, Stockport County and an Under-21s team that is yet to be decided.

The fourth member of Group C will be drawn on Thursday 23rd June at 11:30am as previously communicated. This team will be one of: 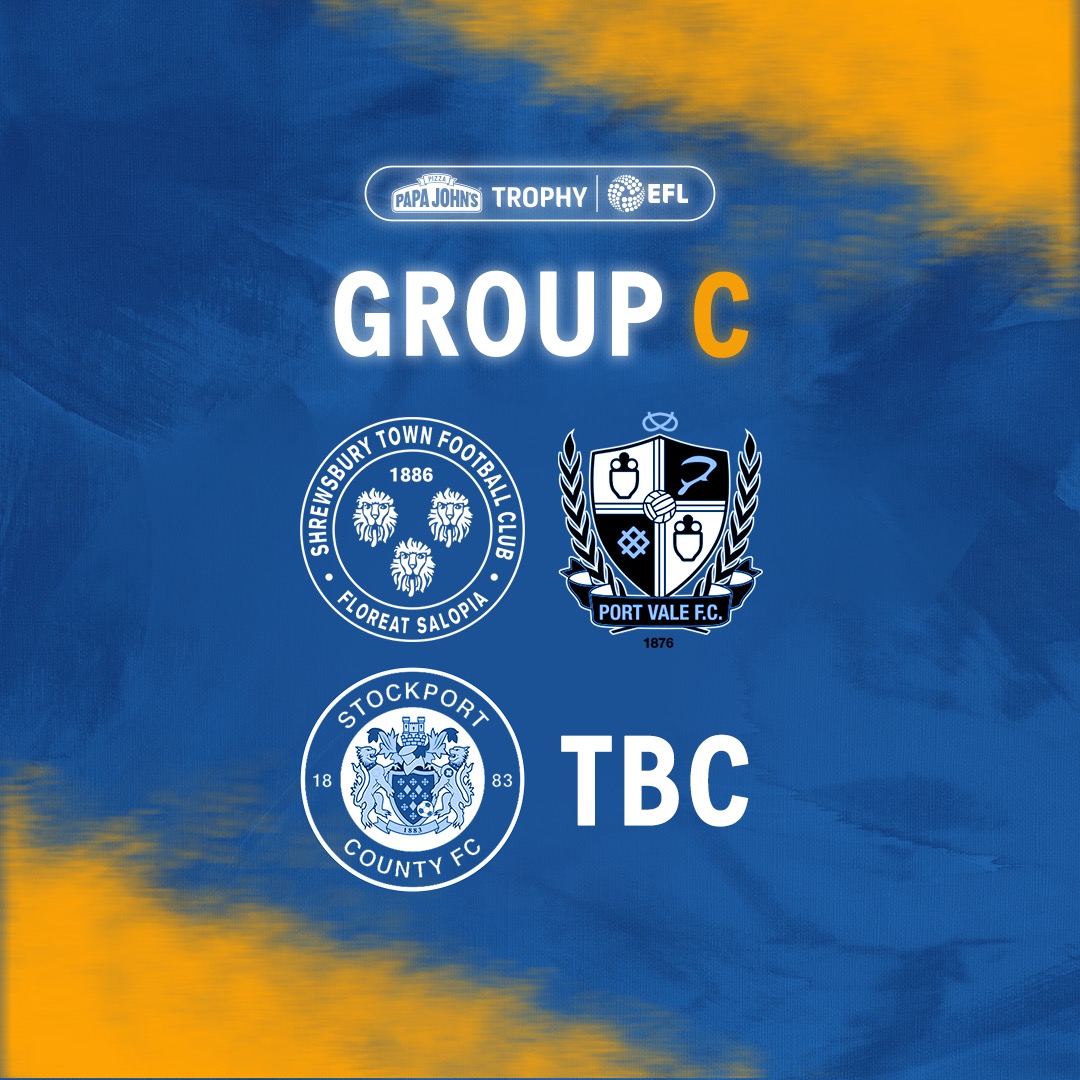 Shrewsbury Town is ball number 30 in Thursday's Carabao Cup Round One North Section draw. As previously mentioned, the draw will take place on Sky Sports at 2:30pm.

The full list of clubs in the North Section of the Carabao Cup with ball numbers is as follows: