Make it Yours for the 2022/23 season! Members of the Salopian Family will be able to purchase their season tickets for the 22/23 campaign from Wednesday 16th March. Brian Caldwell explains the reasoning behind the increase in ticket prices for next season.

Make it Yours for the 2022/23 season! Members of the Salopian Family are able to purchase their season tickets for the 22/23 campaign now! 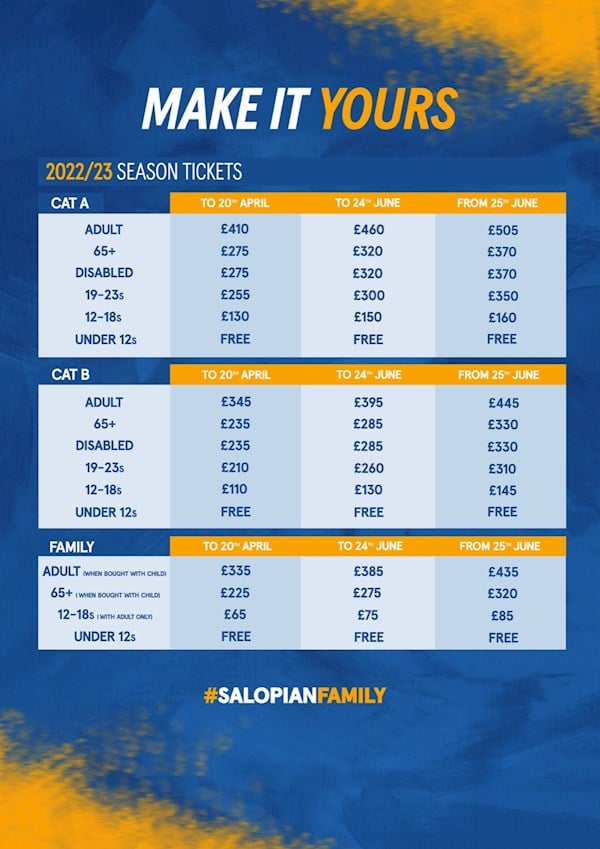 How To Claim Your Season Ticket:

Season Tickets are now on sale! You can renew your seat or purchase a new season ticket in person or online at https://www.eticketing.co.uk/shrewsburytownfc/