Goals from Tom Bayliss and Jordan Shipley led Shrewsbury to a 2-1 win against MK Dons at Montgomery Waters Meadow.

In a first half in which they created a host of chances, Town made the breakthrough in the 24th minute as Bayliss produced a sublime finish from an Elliott Bennett pass.

Salop’s second of the match came from Shipley as he fired home following an intelligent pass from Christian Saydee.

Shipley returned to the squad as a left wing-back following the birth of his baby daughter, and Bennett started his second successive game of the season.

MK Dons decided to go with a 3-4-3 system with the front three consisting of Matt Dennis, Will Grigg and Darragh Burns.

It was Shrewsbury who came flying out the blocks with Steve Cotterill’s side coming close to opening the scoring in the eighth minute.

Shipley was the architect, with the 24-year-old whipping in a wonderfully inviting cross. And that was met by Saydee, who sent a powerful header narrowly over the bar.

Town were playing with a real spring in their step. And they threatened again just before the 20-minute mark when Pyke did fantastically to back-heel the ball onto Saydee.

Bayliss went on to get the goal Town’s bright start deserved in the 24th minute.

Bennett proved to be the creator, with the 33-year-old collecting the ball on the edge of the box before then playing a composed pass to the midfielder.

And Bayliss went on to drill a majestic strike across goal and into the far corner.

Unfortunately for Matthew Pennington, he had to make way for Rob Street just before half-time after the defender picked up an injury.

The substitution meant Street partnered Saydee up front, and captain Luke Leahy moved to centre back.

In added-on time at the end of the first half, Town doubled their lead.

Following a scramble in the box, Saydee did well to pick out Shipley with a pass. And he then lashed the ball home for his second league goal of the campaign.

Saydee went close five minutes into the second half after he received a cross from Bennett.

The Dons pulled one back in the 54th minute through ex-Shrewsbury youth player Zak Jules, who rose highest at the back post to head in a corner.

MK Dons were reduced to 10 men just before the hour mark as Dawson Devoy was given a straight red for a late challenge on goalscorer Shipley.

With 20 minutes remaining, Town had a big shout for a penalty when Street was dragged down after taking the ball past his man in the box. But the referee, despite huge protests, waved play on.

In the 80th minute, Shipley produced a brilliant diagonal ball that found Street, who controlled terrifically with his chest but could only fire over the bar.

Two minutes later, the Dons tried their luck from distance through substitute Bradley Johnson, but Harry Burgoyne got down quickly to remove the ball away from danger.

MK had a late flurry of half chances but never threatened Burgoyne's goal. Town had done the hard work in the first half and held on for the win. 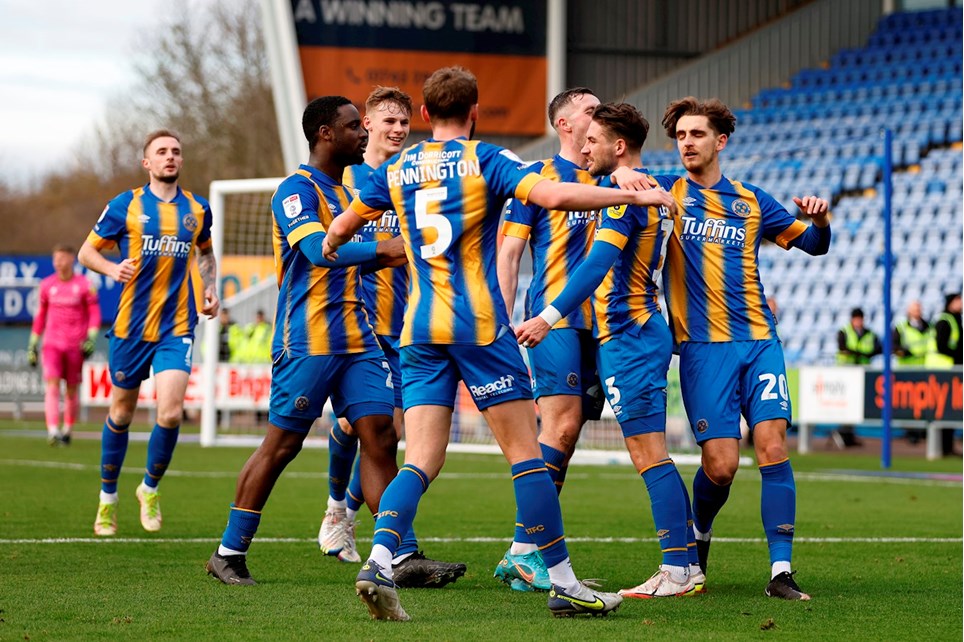 
Shrewsbury Town secured a 2-0 win against Lincoln City on Saturday afternoon at the Meadow. 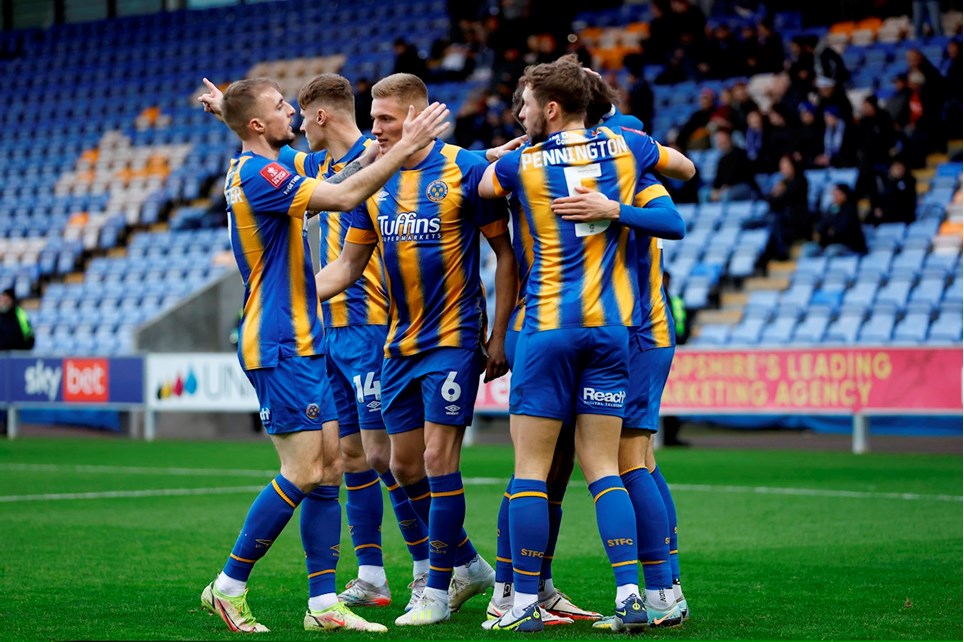 
Shrewsbury Town secured their place in the third round of the FA Cup after an impressive performance saw off Peterborough United at the Meadow. 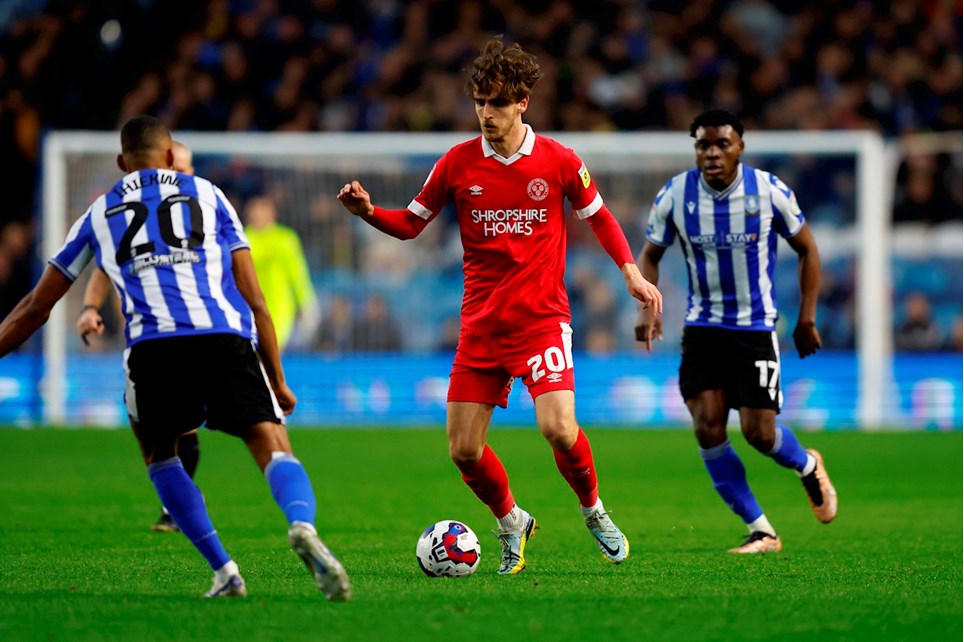 
Despite a flurry of late chances, Shrewsbury Town fell to a narrow 1-0 defeat away to Sheffield Wednesday on Saturday afternoon. 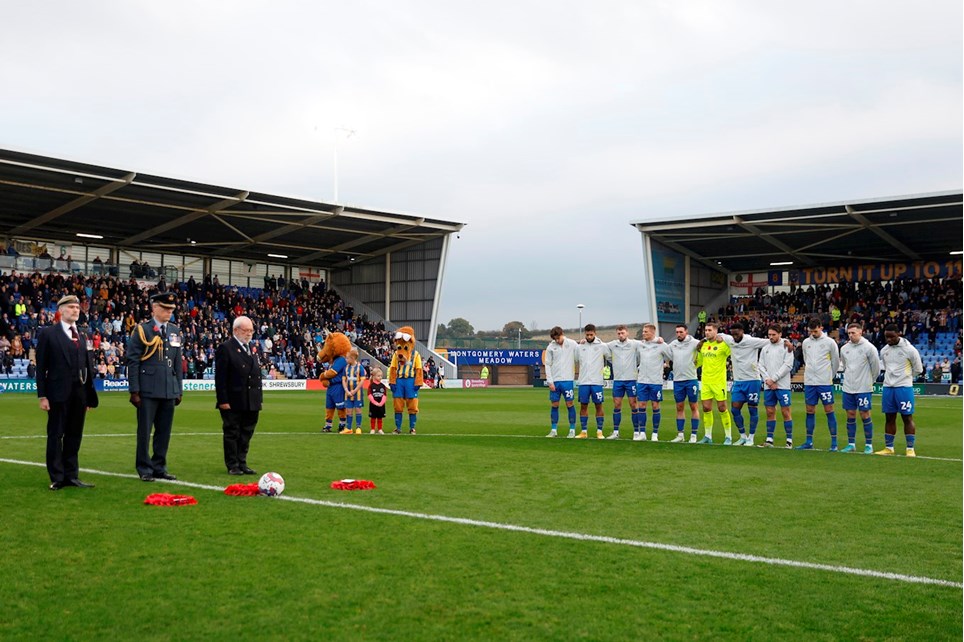