Rekeil Pyke and Jordan Shipley were on target as Shrewsbury secured a 2-0 win at Forest Green Rovers.

Steve Cotterill’s side made an electric start at The New Lawn as Pyke converted from inside the box following a wonderful Shipley cross. The strike was the 25-year-old's first league goal for Town.

Shipley then went on to net himself early in the second-half after latching onto an excellent through-ball from Tom Bayliss.

Manager Cotterill opted for a 4-2-3-1 formation against Rovers, with Ryan Bowman leading the line.

Shipley started on the left flank with Pyke on the right and Bayliss in the number 10 role.

Deadline-day arrivals Carl Winchester, Rob Street and Christian Saydee, were named on the bench – with the trio all going on to make their debuts in the second-half.

Forest Green lined up in a 3-4-2-1 system with Josh March the lone striker. Armani Little and Myles Peart-Harris started behind him in the number 10 position.

It was Shrewsbury who started the game on the front foot with Cotterill’s men opening the scoring in the 10th minute.

Shipley was the architect with the former Coventry man delivering a brilliant low cross right into the danger area.

And that was met at the back post by a sliding Pyke who cleverly turned the ball home for his first Town goal.

Midway through the half, Pyke came close to doubling his and Town’s tally when he managed to dink the ball past a defender before charging into the box.

But Rovers keeper Luke McGee did well to race off his line and smother the ball at his feet.

The hosts had offered little in the way of an attacking threat.

But they were a whisker away from pulling level when the ball fell to Kyle McAllister inside the box, who then powered a low drive towards goal.

His strike beat Marosi, but Luke Leahy was perfectly placed on the goal line to hack the ball clear.

The hosts threatened again in additional time when Regan Hendry collected the ball around 10-yards from goal before drilling a strike towards goal.

Marosi, though, was equal to the effort, with the goalkeeper getting down smartly before pushing the ball away with a strong hand.

Shipley opened his Shrewsbury account minutes into the second half after combining with Bayliss on the edge of the box.

Following a neat one-two, Bayliss then slipped Shipley in goal with the 24-year-old then calmly slotting the ball past the keeper and into the. Net.

Peart-Harris went close to pulling a goal back for the hosts in the closing stages when he picked up the ball on the edge of the box and shot from distance.

But Marosi did well to acrobatically tip the ball over the bar.

Corey O’Keefe received a booking after a late challenge on George Nurse.

Bayliss and McGee were booked following a collision. 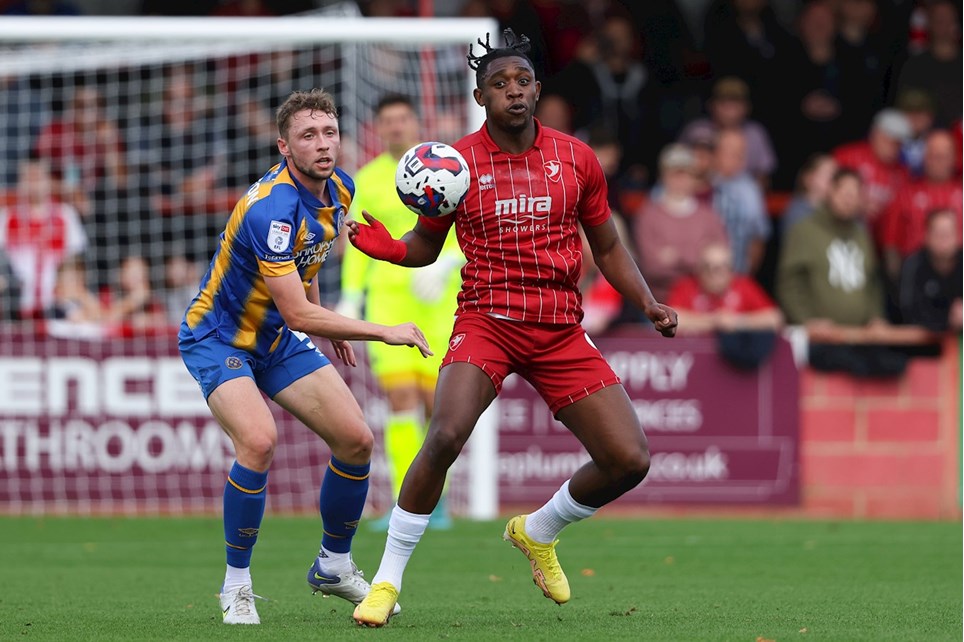 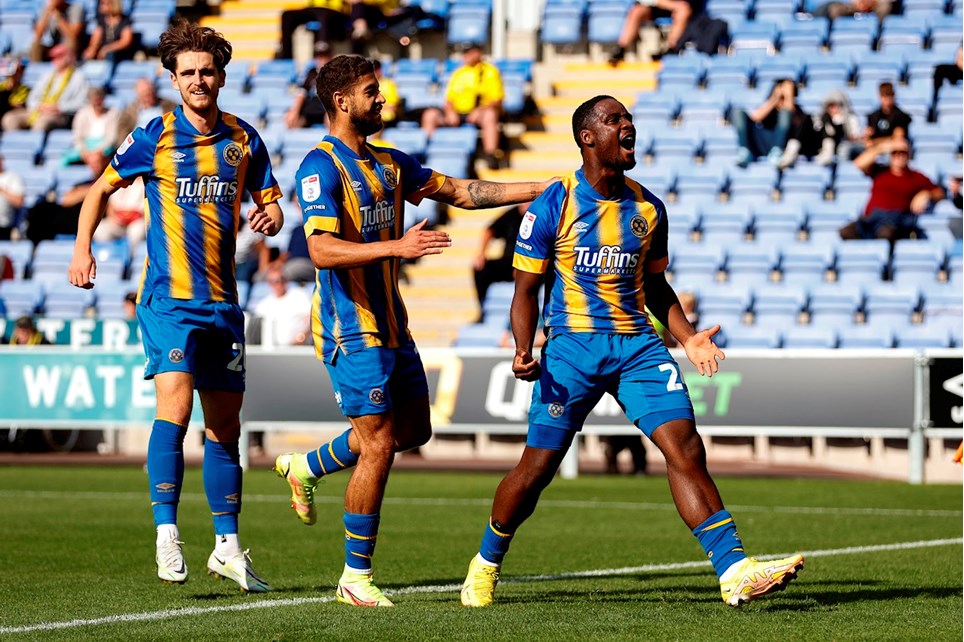 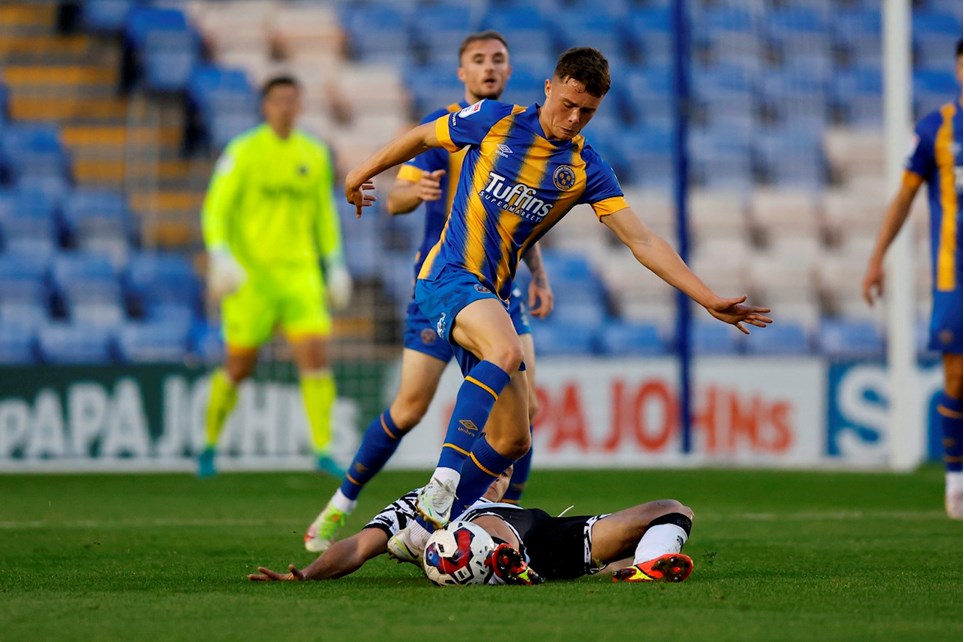