Saydee then netted his and Town’s second in the 43rd minute after he buried the ball with a smart finish from 12 yards.

In what was a dominant display, Town made it three early in the second half when Luke Leahy won and then converted a penalty.

We then grabbed a fourth in injury time when Chey Dunkley nodded in a corner.

Steve Cotterill opted for a 3-5-2 formation at the Pirelli Stadium with Carl Winchester sitting in front of the defence and Killian Phillips and Leahy operating as number eights. Saydee and Rob Street were the front two.

The game marked Matt Pennington's 100th appearance in a Salop shirt, with the centre-back having scored 10 goals and registered three assists during his time in Shropshire.

Winchester returned to the starting line-up after being cup-tied in the previous match due to Town playing his parent club Sunderland in the FA Cup. Tom Flanagan also returned after picking up a knock in the Fleetwood game.

Burton went with a 3-4-3 system with Victor Adeboyejo in the centre-forward position, Mark Helm on the left flank and Bobby Kamwa on the right.

It was Town who flew out the blocks in Staffordshire, with Saydee giving us the lead after just 21 seconds.

Goalkeeper Jordan Amissah came rushing out to meet a long ball forward but Saydee was too strong for him – with the striker first winning possession before then rolling the ball into an empty net.

Just a few minutes later Town came close to a second when Taylor Moore produced a cross to the back post. That was met by Jordan Shipley but his header at the back post sailed wide.

Burton had a chance to pull level shortly after when they sent in a dangerous cross from the left.

John Brayford was there to meet it but his header was cleared off the line fantastically by Chey Dunkley.

Burton had another opportunity to level on the 20-minute mark when Deji Oshilaja had a shot from eight yards out, but the Salop defence stayed resolute and blocked well.

Town regained the initiative with Flanagan going on a surging run in the 26th minute, passing three Burton players before laying it off to Shipley.

The versatile left wing-back then floated in a cross which Phillips met only to see his header claimed by Amissah.

Just before half-time, though, Town did have a second.

Street did exceptionally well to ride a number of challenges in the box and keep hold of the ball before laying it off to Saydee.

He then took a touch before burying the ball into the bottom corner for his second of the match.

Just before the hour mark Shrewsbury were awarded a penalty by referee Sebastian Stockbridge after Leahy was brought down in the box.

The move began with Saydee and Moore combining well out wide before the versatile right wing-back sent in a cross to the skipper in the heart of the box.

Leahy did brilliantly to keep control of the ball before Hamer fouled him, but the Town skipper converted from the spot to take the score to 3-0.

Phillips went on a brilliant run in the 65th minute before cutting the ball back to Leahy, who met it on the half volley, but his effort was parried away by Amissah.

Shrewsbury went on to make the score even more convincing in added-on time following a corner.

Tom Bayliss’ delivery was met by Dunkley, who nodded the ball in at the back post to finish off what was an outstanding performance from Steve Cotterill's men. 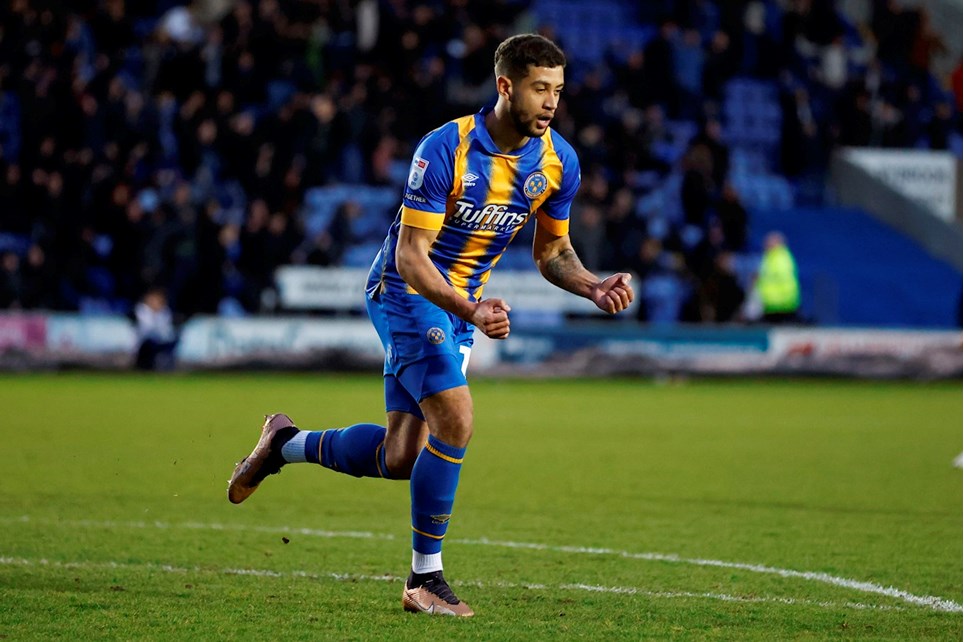 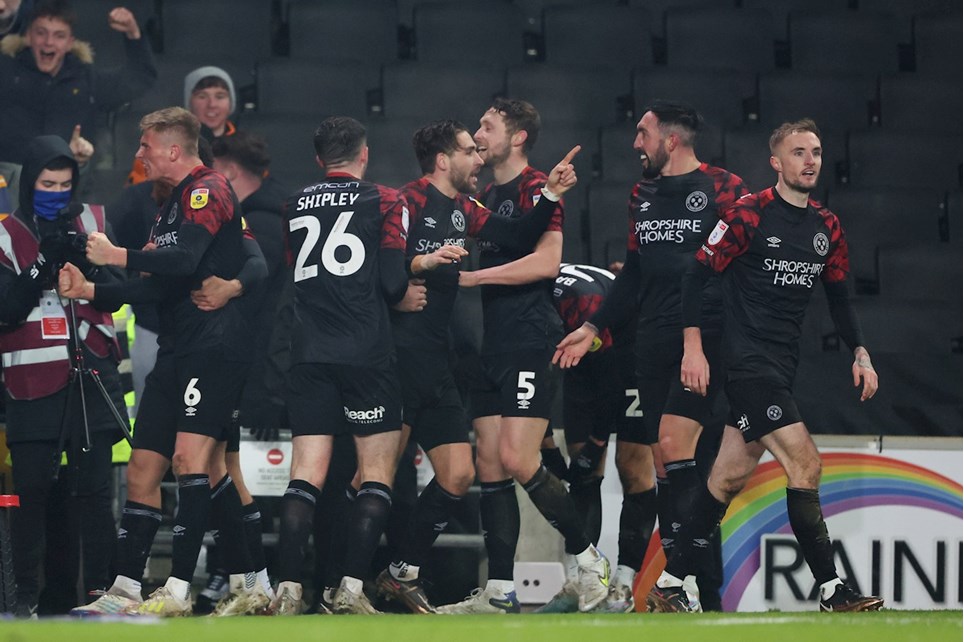 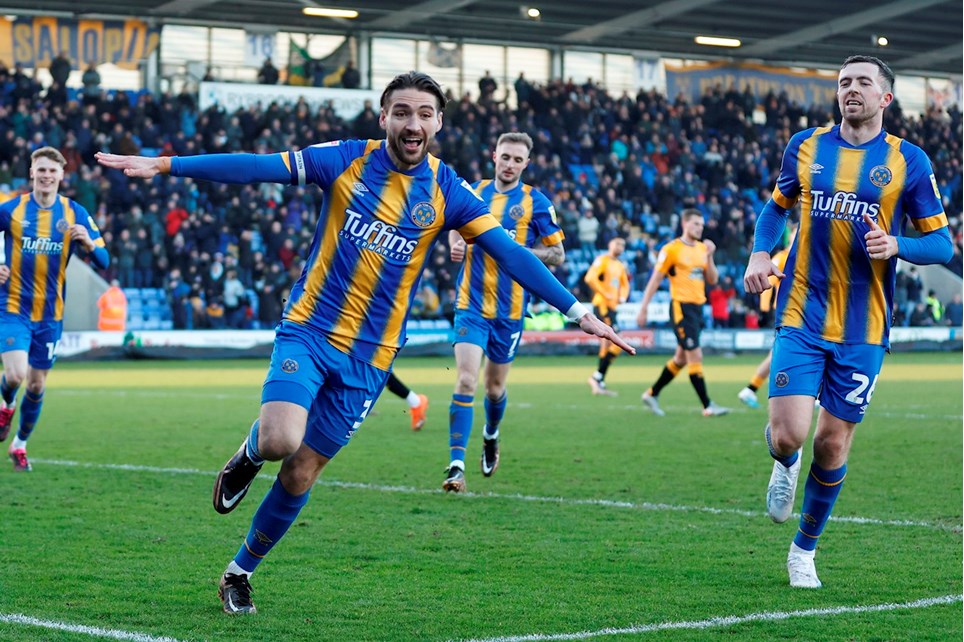 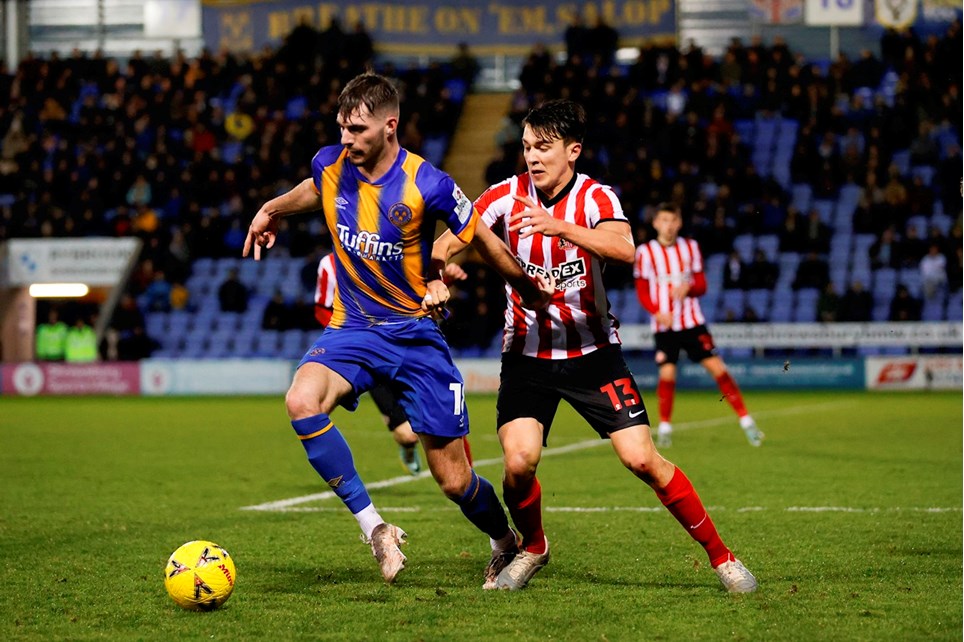 
Shrewsbury Town fell to a late 2-1 defeat against Championship side Sunderland in the third round of the FA Cup on Saturday.