Manager Steve Cotterill met with the media following our emphatic 5-1 victory over Cambridge.

Town took on Mark Bonner's side less than a month after facing them at Abbey Stadium - a game where we should have come away with a result.

But we set the record straight in emphatic style with Luke Leahy netting a brace and Jordan Shipley, Matthew Pennington and Christian Saydee also on target in a thumping victory.

Speaking to the media post-match, Steve discussed his team's performance and the brilliant goals his team scored.

And the boss also praised striker Rob Street - who put in another tireless display up front.

ON HIS TEAM'S PERFORMANCE:

"It was the same as the players give every week - I think there were some really good passages of play.

"I thought we started the game very slowly if I’m honest. I thought the first 10 or 15 minutes belonged to them.

"And that was the same at the start of the second half as well, a couple of players today I felt were slow out the blocks. That had a little bit of an impact on us.

"But we should never have lost the game down there. It’s nice to put that to bed today.

ON LUKE'S FIRST GOAL FROM THE PENALTY SPOT:

"It was probably the first time we put a good move together down that right-hand side.

"I felt early on in the game – down that right-hand side – we weren’t as potent as we needed to be.

"We needed a little bit more from the other guys around him on that right-hand side.

"Once we got that, we got more penetration and that is where the penalty came from.

ON JORDAN’S STUNNING GOAL FROM 25-YARDS:

"It was a special goal but what about the work rate from Rob Street to get the corner in the first place?

"That is what we need to remember. I thought he was excellent again today, Streety. He is such a team player.

ON THE IMPORTANCE OF THE THIRD GOAL:

"And that’s why it happens so many times that teams get comebacks. That third goal was really, really, important.

"Goals not only change games, but they also change mindsets. Thankfully that didn’t happen."

"Penno deserved his goal today – not just because he is brave and put his head in there, he is a fantastic lad.

"He trains properly all the time. He is a great professional. I thought he was excellent in the first half so for him to get his goal is really pleasing.

"It was a great goal, a great goal. He was really, really, strong, I’m really pleased with Christian, he’s done great since he’s come in – he's a great lad.

"Him and Streety, the loan rangers, they’ve done really well, really well as a pair.

"Christian would be the first one to say that he probably doesn’t get that goal without Streety alongside him.

"I know it’s not an assist by Rob, but, as a pair, they work really, really, well together."

"We changed a little bit in the second half, we changed from a one and a two to a two and a one (in midfield) because when they bring Joe Ironside on, all of a sudden, they’ve got Ironside and (Sam) Smith up front who are very good in the air, very good at holding the ball up.

“They know each other's play really well, they link well, so we needed to try and stop that supply to them a little bit, and we actually did that apart from the goal which was a diagonal ball that two sixes can’t influence." 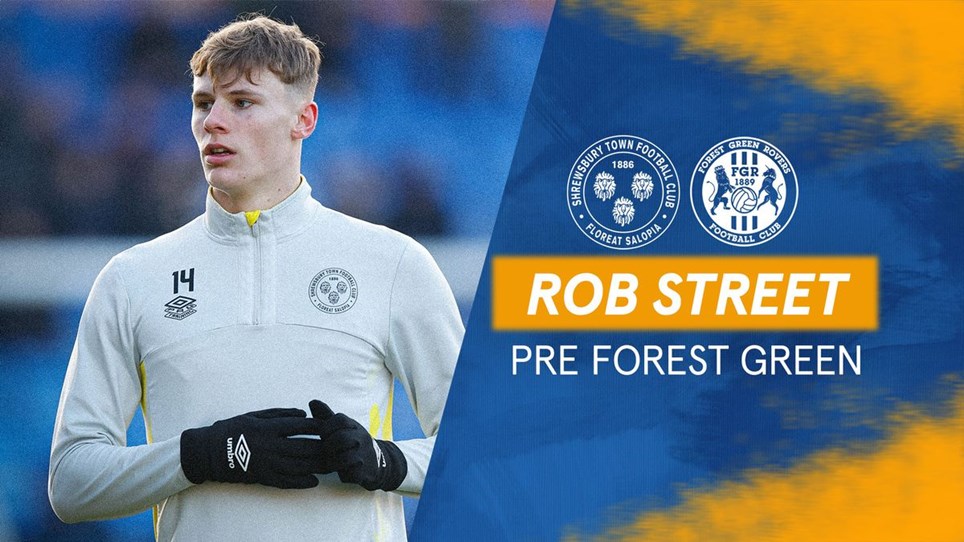