Aaron Wilbraham looks ahead to Tuesday night's away fixture against MK Dons in Sky Bet League One.

Assistant manager Aaron Wilbraham spoke to the press ahead of tomorrow night's game at MK Dons.

Town head to Stadium MK off the back of two brilliant results in Sky Bet League One, having seen off Burton Albion and Cambridge United in convincing fashion in recent weeks.

Captain Luke Leahy, strikers Christian Saydee and Rob Street and new signing Killian Phillips are among a long list of players who have impressed.

Aaron, who spent over five years at MK Dons, discussed the players above, his time at MK and their season so far in his pre-match interview.

"You never dread any game. If you're off the back of a defeat then you look to put things right and if you win you want to keep the run going and that's what we'll be looking to do tomorrow night against MK Dons.

"They're one of my old clubs so I always look forward to going back there. The lads are in good form and MK have got a new manager and have started churning out some results.

"It will be a tough game away from home but we have to go into it with confidence."

ON HIS TIME AT MK DONS:

"I had some great times there.

"The owner, Pete Winkleman is a great guy and all his family are great people and I still have a lot of friends there.

"I played with Dean Lewington who has done really well for them. It's where my daughter was born so I always enjoy going back.

"I was there for five-and-a-half or six seasons and I think it's where I developed most of my football before moving on and I'll always look back on those memories fondly.

"I scored a few goals there. I was part of the transition where they moved from the old hockey stadium to the new ground and it's good to see them go on and develop the ground and the surrounding area too."

ON MK DONS' SEASON SO FAR:

"They lost a lot of players (in the summer transfer window). I think they lost six or seven players and that's always going to be tough to replace.

"They've gone through that process and with a new manager you'll go through a different kind of process but that happens in football; when you're in a lower division and have good players, someone above you will come and take them.

"They've made a bit of money from it but they have to go again and transition, sign players and go from there.

"They've had a couple of good results under the new manager and he'll be starting to imprint his style of play on the team now.

"We're by no means going there thinking it'll be an easy game - our lads will have to carry on with what they're doing and fight for everything."

"We've had a great couple of results and we've been scoring a lot of goals. The team is playing well and they have a good spirit amongst themselves and long may that continue.

"I was looking at the goals this morning actually and the goals have been shared around the team all season.

"It's good that the team can chip in with goals from the front, the back and the midfield as well so everyone has done really well in that respect."

ON CHRISTIAN SAYDEE AND ROB STREET:

"They're striking up a really good partnership now.

"They're two young lads, both on loan, but really treating the club like it's their own.

"The work they do for the team and I'm sure that, even though Christian is scoring the goals, everyone in the team appreciates Rob Street's work rate. He puts everything on the line every game and he makes stuff happen.

"There have been a few goals where he's not been credited with the assist but he probably deserves about six assists when you think about how he puts his body on the line to edge people out for other people to go and get the glory but that's the type of player he is.

"He works hard every day in training and he's a great lad around the place.

"It (Christian's goal against Cambridge) was a great goal and he's got that in his locker.

"I think the lads behind them appreciate that and when they're chipping in with goals, you couldn't ask for better performances from them."

"He's a good leader and another great lad around the place. He keeps the lads going and can definitely score a goal from any position, Luke, he does it all the time in training.

"It's great to see when the captain is scoring goals and you'd always fancy him from the penalty spot.

"It's always nice when the goals are flying in."

"Yeah, (he's settled in) really well. I know a few people at Palace including Paddy McCarthy who's the under-23s manager and is a good friend of mine.

"We spoke about getting Killian in the summer but he was in and around the first team, playing against Liverpool in pre-season and doing really well.

"We monitored him and knew he'd be a good addition to the squad when he came in and he's hit the ground running.

"I think it helped when he came in for two or three games where he wasn't allowed to play so he could just get to know the lads. He's come into the team and put in some really good performances.

"I think there's more to come and he would probably say the same too."

ON FITNESS AFTER THIS WEEKEND'S GAME:

"No problems, everybody is fine. I think you'll find that after a win - everyone is always alright!"

ON BEING BACK IN THE TOP HALF OF THE TABLE:

"I think it's good for the boys to see it and hopefully it spurs them on a little bit.

"For us as staff, we believe they can be there so they just need to see it themselves.

"They've played everybody in the division once and now it's time to have a good second half of the season." 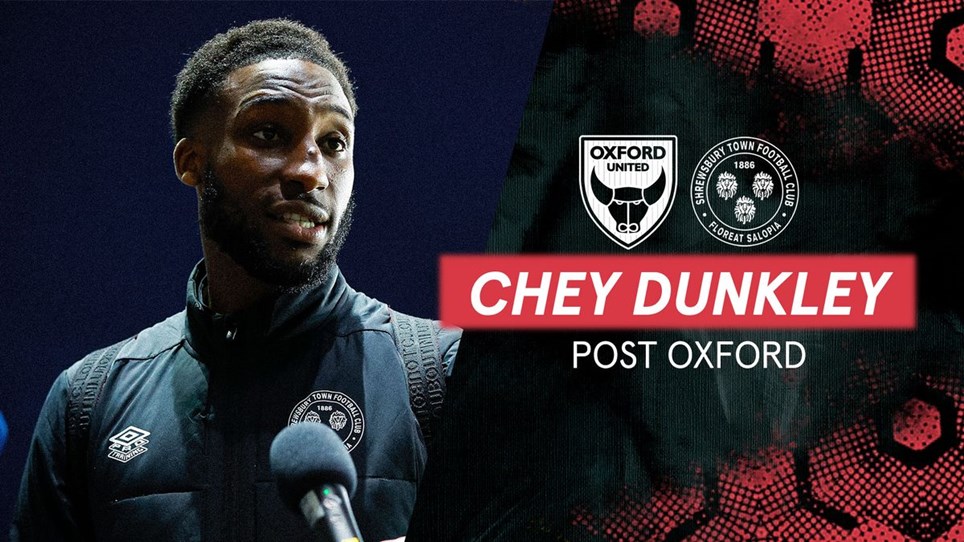 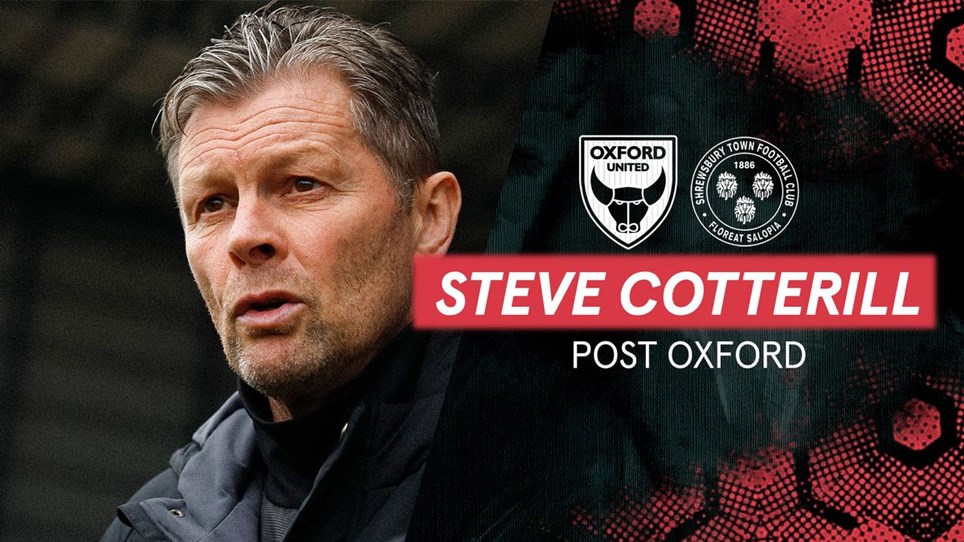 
Steve Cotterill chatted to the media after Shrewsbury secured a fifth successive win in the league for the first time since 2015.


The skipper met with the press ahead of tomorrow's trip to the Kassam Stadium to face Oxford United.