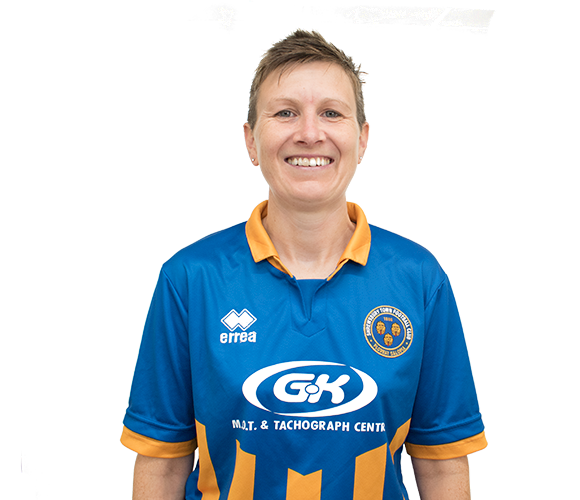 A stalwart of ladies football in Shropshire, Penny Owen originally joined the old Shrewsbury Town Women's side back in 1993.

She spent 13 years with the Town, captaining the side during that period before they folded in 2006.

In the seven years between the old side folding and the new side being created, Penny spent time with SAHA, Allscott and Hanwood.

When the new side formed in 2013, Owen was one of the first players to get involved and she has become an important member of the squad.

Penny is also a qualified coach and has managed the Shropshire Women's team and coached the Shrewsbury Town Centre of Excellence.