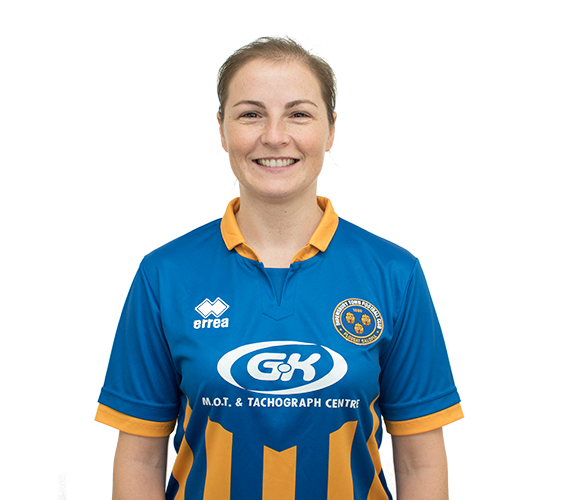 At the age of 15 she joined a football school and played with boys until she scouted for a ladies team at the age of 16.

She represented Braga County for six years in several competitions, winning the Vigo Cup in 2001 and 2002.

She went onto represent Portugal's National Team, being named player of the match on her debut against Turkey in 2003 - scoring once and assisting a further two goals.

Tania then had a long spell without playing football as she joined the Portuguese Airforce, completing a degree in Aeronautical sciences and finishing her Pilot training.

In 2011, Prior moved to Dublin and then in 2014 she moved to UK, where she is now based as flight instructor.

She has been part of the Ladies set-up at Town since 2014.