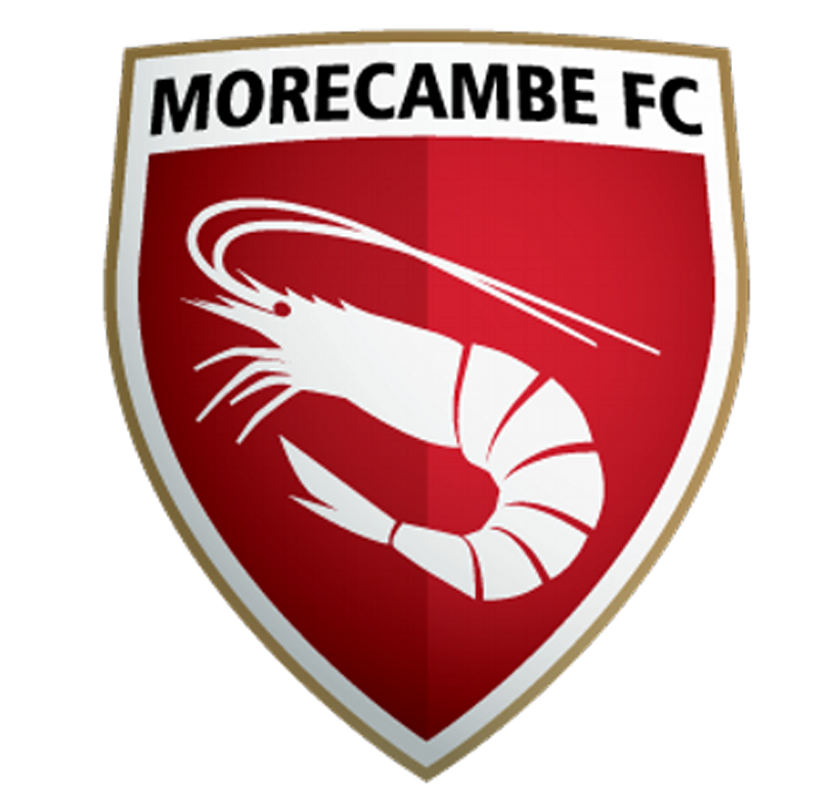 Town win on the road

Town’s U18’s made the long journey north to face Morecambe on Saturday morning. Morecambe started strong, but Mwandwe had other ideas giving Town an early lead in the tenth. Town had chances to double the lead before the end of the half with Gregory pulling off several top saves to stop the Shrimps drawing level. The boys’ hit early in the second doubling their lead from the kick off through Mwandwe before showing maturity to manage out the rest of the game. Morecambe pulled one back against the run of play in the 63rd minute and forced another round of top quality saves from Gregory after the goal. Town switched the flow of play for the final twenty minutes though dominating possession and sealing the win.

The return of Christos Shelis and last week’s injury to Leask saw a shuffle in positions for Town. Cam Gregory kept his place between the sticks with Jayden Bevan replacing an injured Jack Atkinson on the bench. Corfield started at right back with Davies on the left. Christos Shelis and Luke Ward were paired at centre back. Taylor, Rowland and Agbozo played as a three in the middle with Gilpin wide right and Barnett wide left. Lifumpa Mwandwe kept his place up top.

Kick Off:
Morecambe with home advantage were first to mount an attack, an early corner forced Gregory off his line, but the commanding keeper had no trouble holding onto the ball. In the fifth, a well weighted ball out wide right saw Nelligan find the space to cross. His ball into the box found Fairclough but the striker fluffed his line, shooting wide in a chance he should have taken.

Town hadn’t made the journey to lie down though, Davies did well on the overlap to expose space down the left flank before delivering an inviting ball towards the penalty spot. No one was there to capitalise though and the Shrimps cleared.

In the tenth, town took an early lead through Lifumpa Mwandwe. Corfield used his pace to break forward on the overlap down the right-hand side before pulling a low ball across the box for Mwandwe, who made no mistake slotting his shot to the left of the goal.

Town had a chance for a second minutes later after Corfield again broke forward on the overlap. This time he looked to slip Gilpin in behind, His touch let him down though and the ball went out for a goal kick.

After the chance the game simmered with Town dominating possession. A clever corner from the left almost caught the Shrimps keeper off guard but for a late poke over the bar. The following corner from Davies on the right was over everyone in the box and Morecambe cleared.

Morecambe forced a big save from Gregory on the half hour mark. Eme did well to wriggle his way into space on the edge of the box before pulling the trigger. His low shot looked to be heading in the bottom left corner but Gregory got down quickly to make the save, before Ward cleared the danger.

Captain Barnett did exceptionally well to tackle his man in his own half before skipping past a strong challenge and breaking forward. He played a long ball to Corfield on the right who pushed forward before looking to play another low ball into Mwandwe in the box. This time the Shrimps back line were alert though and cleared the danger.

Town should have had a second on the 33rd minute mark. Mwandwe did well to break forward into the box before squaring to Gilpin in front of goal. Aaron took a touch before the shot but a Shrimps defender got a toe on the ball seeing it fall kindly for the keeper to collect.

The game became scrappy after the chance and Morecambe’s Young was booked in the 37th for a harsh challenge from behind on Davies. Rhys was also booked for his comments after the foul.

Minutes late Gilpin went into the book after a hard challenge in the middle of the park. The resulting free kick was curled into the box but held by Gregory. A Heavily deflected shot on the edge forced a strong save from Gregory as the half drew to an end.


As the second half started, Town doubled their lead through Mwandwe. Shelis’ did well to find Gilpin on the right who knocked it past his man before slipping it through to Mwandwe in the box. Lifumpa made no mistake, thumping his shot past the keeper to make it 2-0/

Substitution: Town were forced into an early substitution in the second as Kian Taylor was forced off through injury. Dan Walker slotted into midfield to replace him in the 46th minute.

Town were in fine form at the start of the second despite the injury. In the 58th minute, Mwandwe did well to hold up the ball on the edge of the box before laying it back to Barnett. The captain’s low shot towards the bottom left was tipped wide for a corner.

Gilpin was next to create a chance, wriggling his way past his man on the right he swung an almost perfect ball across goal for an on running Mwandwe, who’d ran just in front of the ball. Moments later Corfield set Gilpin off down the right again before continuing his run into the box. Gilpin looked to find him with the cross but it was just too high for Corfield and glanced off the top of his head.

The Shrimps pulled one back against the run of play in the 63rd minute. Hitting town on the counter the ball was squared for Fairclough who slotted past Gregory. The afters were not so pleasant as Nelligan pushed Gregory several times attempting to retrieve the ball. The referee booked Gregory for holding onto the ball and ignored the pushing.
Moments later the Shrimps almost drew level but for another strong save from Gregory. Town’s defence looked in control but a loose ball fell kindly for a Shrimps attacker to hit a snap shot. Gregory was quick to react though, sprawling across his goal to make the save.

A Morecambe corner forced another strong save from Gregory after the change. The ball fell kindly inside to box for the Shrimps but Gregory reacted quickly to force the effort wide.

Town hit on the counter after clearing the resulting corner. Mwandwe did exceptionally well to break through on goal and looked to slot his shot low but the outrushing keeper blocked it. The ball fell to Agbozo on the edge, his low drilled shot was blocked on the line and scrambled to safety.

Town continued to dominate in the final 10 minutes, Corfield looked to bend a high ball towards Ward in the box but the centre back’s looping header was parried back into the box before being cleared.

Mwandwe had enjoyed himself against Morecambe’s defence and almost sealed the win in the 89th. Breaking forward into the box he held off the challenge before looking to curl on into the top corner. His shot almost found the back of the net all but for a strong piece of goalkeeping.

In the final moments Corfield picked up a loose ball on the edge of the box before thundering a shot towards goal. The ball looked to be swerving into the top corner but cannoned off the crossbar and back into play for the Shrimps to clear.

Mwandwe almost got his third with the final kick of the game. Picking up the ball on the edge he wormed his way into the box whilst holding off the challenge. His left footed shot almost found the top right but drifted just wide.